A Goldman Sachs analyst projects up to 2.25 million will file for unemployment.

Unemployment claims this week rose 33% to about 281,000, according to the Department of Labor -- the highest total since Sept. 2, 2017. That number will be dwarfed next week, says an analyst from Goldman Sachs, as jobless claims are expected to hit all-time highs.

Goldman Sachs economists predicted Thursday night in a research note that as many as 2.25 million Americans could file claims for unemployment benefits this week. This would by far be a record, as the previous high was about 695,000 on Oct. 2, 1982. 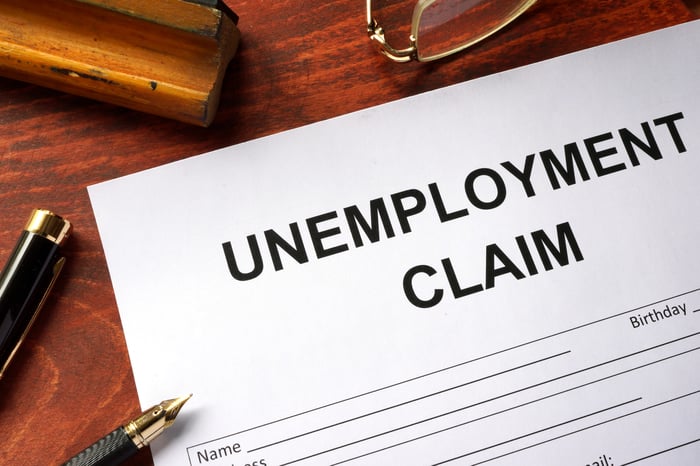 "State-level anecdotes point to an unprecedented surge in layoffs this week," David Choi, a Goldman Sachs economist, said in a research note, according to various reports.

The unprecedented rise in claims is due to business shutdowns related to the coronavirus (COVID-19) pandemic. California Gov. Gavin Newsom has called for all residents to stay at home, while New York Gov. Andrew Cuomo made a similar declaration in his state.

"Anecdotes from a wide range of sectors also suggest an unprecedented decline in revenues across many industries," Choi wrote in the note. He added, "Consumer spending on sports and entertainment, hotels, restaurants, and public transportation in particular have already dropped dramatically."

The estimate is based on news reports and data from state employment offices. CNN reports that Florida's Department of Economic Opportunity received 76,000 calls about unemployment the first three days of this week, up from 28,000 the week before. New York State's Department of Labor got 159,000 calls on Thursday alone, CNN reported.

The Goldman Sachs research note, reported CNN, also said even a conservative estimate of unemployment claims would be more than 1 million, which would also be a record.