Recently, Abercrombie & Fitch (ANF -3.17%) decided to close all of its stores outside the Asia-Pacific (APAC) region for approximately two weeks in an effort to slow the spread of the coronavirus. Either by choice or by government mandate, other retailers and restaurants have taken similar steps, shutting their doors to consumers to protect the public's health.

The consumer-discretionary sector is facing lower sales and profitability for the foreseeable future. While investors can hope the economy brushes this disruption off relatively quickly, allowing people to return to their jobs and routines, including their usual shopping habits, we are in uncharted territory.

For Abercrombie & Fitch, which was already grappling with several challenges, the store closures will only make things even tougher. 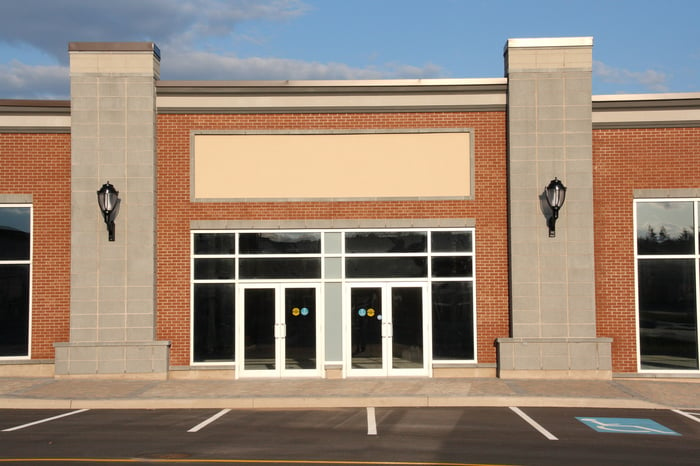 Management previously laid out three phases to drive long-term growth. The first phase, which lasted from fiscal 2015 through fiscal 2017, involved "stabilizing while transforming." The company has moved on to the next step, "growing while transforming" -- this phase is supposed to run through Abercrombie's fiscal 2020, which just began in February. The last phase, "accelerating growth," would begin in fiscal 2021 and run indefinitely.

In the company's fiscal fourth quarter (ended Feb. 1), same-store sales increased just 1%, but its gross margin contracted to 58.2% from 59.1% in the year-ago period. The company attributed this largely to currency effects and Chinese tariffs. Higher expenses caused operating income by generally accepted accounting principles (GAAP) to fall almost 6% year over year to $122.3 million.

These challenging results came in the middle of management's second phase, in which its goals include accelerating sales and doubling fiscal 2017's operating margin by the end of fiscal 2020. But instead of making progress toward these goals, the company took a step backward last year with only 1% comps growth (down from 3% in fiscal 2018) and a contracting operating (and gross) margin.

On a positive note, Abercrombie ended fiscal 2019 with less inventory than a year ago. This is always good for a retailer, since that means it is not carrying over stale merchandise from the prior period. But as management closes stores in North America, Europe, the Middle East, and Africa, the company will have to turn to its online business. While this did account for over $1 billion of the company's $3.6 billion in revenue last year, I don't see how it will make up so much revenue through just one channel.

In Abercrombie's latest earnings call, CFO Scott Lipesky said the company has been having a "24/7 conversation" with suppliers as the coronavirus forces global companies to take a new look at their supply chains, and he added that the company felt good about its inventory planning. But amid global economic uncertainty as people stay home and face financial hardship, it's hard to see how the company would avoid taking a step back. If that happens, when consumers finally look beyond the coronavirus, Abercrombie will likely have to discount heavily to clear its shelves. Such an effort also takes time and prevents the company from offering fresh, new products.

Where do things go from here?

Management withdrew its fiscal 2020 first-quarter and full-year guidance less than two weeks after providing it, a response we've seen throughout the industry. At the time, the company expected comps to experience a low-single-digit decline for the year (including a 200 basis point hit from the effects of COVID-19). It also expected a further reduction in its gross margin.

For my money, given the company's existing problems before the coronavirus became a pandemic and the company shut down stores, these latest developments spell serious trouble for Abercrombie & Fitch. This is a stock to stay away from for now.