Please ensure Javascript is enabled for purposes of website accessibility
Log In Help Join The Motley Fool
Free Article Join Over 1 Million Premium Members And Get More In-Depth Stock Guidance and Research
By Daniel B. Kline - Mar 23, 2020 at 10:26AM

The company has seen its business shut down due to coronavirus.

The cruise industry has shut down due to the coronavirus pandemic. Royal Caribbean (RCL -10.26%) stopped its operations on March 14 and won't launch any new cruises until April 11 (a date which could easily get pushed back).

As you might imagine, this shutdown has devastated the company's stock. Shares were trading at $24.65 when the market opened on March 23. That's down from a 52-week high of $135.32. 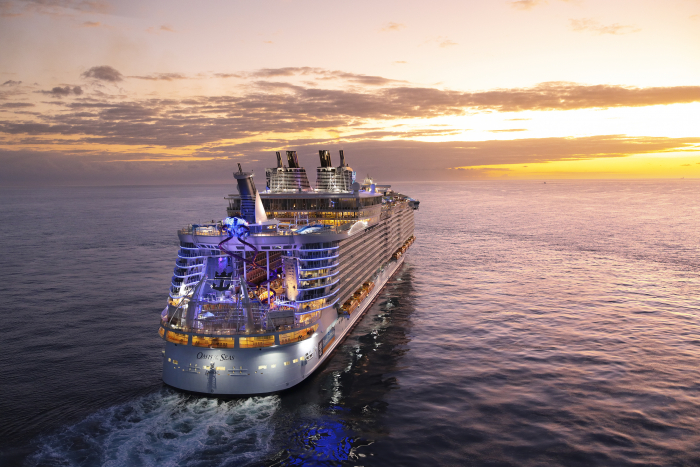 When an industry completely shuts down for at least a month, it puts survival into doubt. Royal Caribbean has made a number of changes to its normal policies in order to entice customers to book cruises.

The cruise line has also increased its "revolving credit capacity by $550 million bolstering the company's liquidity," according to a press release. It has also taken steps to reduce capital expenses, "operating expenses and taking other actions to improve liquidity by at least a further $1.7 billion in 2020." In addition, the company also plans reductions to it 2021 capital expenditures and operating expenses.

"These are extraordinary times and we are taking these steps to manage the company prudently and conservatively," said Royal Caribbean CEO Richard D. Fain in the press release.

Will Royal Caribbean come back?

Cruise lines have always been susceptible to health-related concerns. People are in close quarters on a cruise and that makes it possible for viruses or other communicable illnesses to spread quickly.

That's something Royal Caribbean and its rivals have been very aware of. Even before coronavirus, the cruise lines have had aggressive protocols in place to keep ships clean. That includes having workers clean and disinfect its ships and endlessly reminding cruisers to wash their hands.

It makes sense that Royal Caribbean has suspended all operations at a time when people have been asked to avoid gathering in groups to stop the spread of coronavirus. Once that period ends, however, it seems likely that customers will slowly come back.

I'm a fairly avid cruiser. I live in West Palm Beach, about 40 minutes from Royal's port in Ft. Lauderdale and an hour from its port in Miami. I'm also an avid gambler who qualifies for comped short cruises and very good deals on longer sailings.

The current situation has not changed my opinion on going on future cruises. I have one booked for late April that I expect will get canceled. I also have a booking in late May and one toward the end of June. I expect to go on all of those trips assuming they happen and I think other regular customers will come back as soon as it becomes safe to cruise.

Less-frequent customers may take longer to return. Once they see people cruise safely, it's likely that they will come back.

Royal Caribbean had a roughly $2 billion profit in 2019. It expected to exceed that before coronavirus impacted its business. Now, it's likely to see that profit wiped out as the company may fully lose a month or more of sailings.

The company has roughly $1.5 billion in cash on hand and, as noted above, has taken steps to slow its spending. It had $10 billion in revenue in 2019 with about $8 billion in expenses.

It's not pretty but Royal Caribbean can survive a lost quarter of revenue and, eventually, it can return to being profitable. It may have to put off building some new ships and it's certainly going to have to offer discounts to casual customers (and very good deals or comps to regulars) but the company will come through this.

It may take years for the company's share price to recover. I am, however, confident that it will recover.