Tough times lie ahead for the big-box shoe retailer.

Shares of shoe retailer Designer Brands (DBI -2.10%) were falling again on Monday, down about 10.1% as of 1:30 p.m. EDT, after investors faced the growing likelihood that retail stores in the U.S. could be shut down for much longer than initially expected.

Investors in Designer Brands, the parent company of DSW Designer Shoe Warehouse and other shoe retail chains, have to be growing more worried about the company's prospects as it becomes clear that the novel coronavirus pandemic is likely to require weeks, if not months, of near-total shutdowns in the U.S. 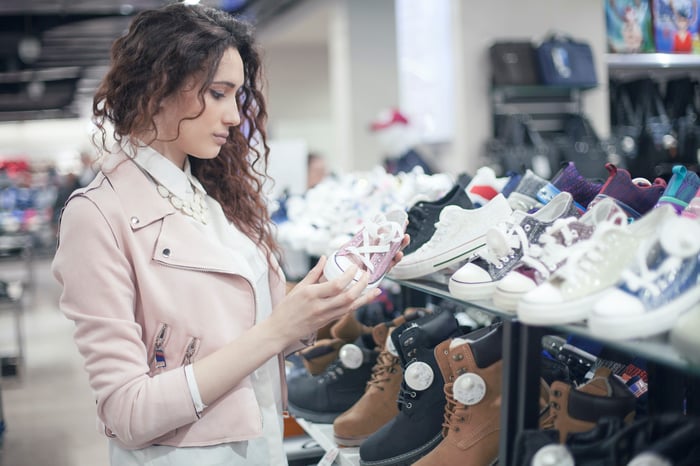 Designer Brands closed all of its stores in the U.S. and Canada as of March 17, and reduced its dividend to preserve cash. At the time, the company said that it is providing up to two weeks of "emergency pay" for its store employees; it seems nearly certain now that its stores will be closed for much longer than that.

While DSW does have an online storefront, state-level restrictions on non-essential businesses appear likely to shut down the company's fulfillment efforts for at least a few weeks.

Designer Brands now faces the risk that when it does finally reopen, it'll be forced to liquidate out-of-season inventory and hire new workers. The company has so far declined to give guidance for the months ahead, understandably -- but investors will be pressing for an update on its financial condition and prospects before long.