The diversified alcoholic beverage maker isn't ready to give up on its planned new plant.

A day after residents of the Mexican border city of Mexicali voted by a wide margin to reject the completion of a $1 billion brewery under construction by alcoholic beverage giant Constellation Brands (STZ 0.34%), management has stated that it still wants to invest in Mexico and is open to meeting with President Andres Manuel Lopez Obrador to discuss how to proceed, according to Reuters.

Voters in the desert city are concerned that Constellation's plant will deplete already-scarce water supplies. According to Alfonso Cortez Lara, a water expert at the College of the Northern Border who was quoted in U.K. newspaper The Guardian, the brewery would have consumed more water than all other industrial users in Mexicali combined -- 25% of the municipality's reserves at peak use.

The manufacturer, however, has denied that its operations will significantly impact water availability. Reuters reported Monday that less than 5% of residents out of a population of 1 million voted in the referendum. However, though groups opposed to the brewery has been pushing for a plebiscite for two years, the vote itself was only announced two weeks ago. Pro-business groups panned the way the referendum was conducted as both disorganized and designed to promote a negative result. 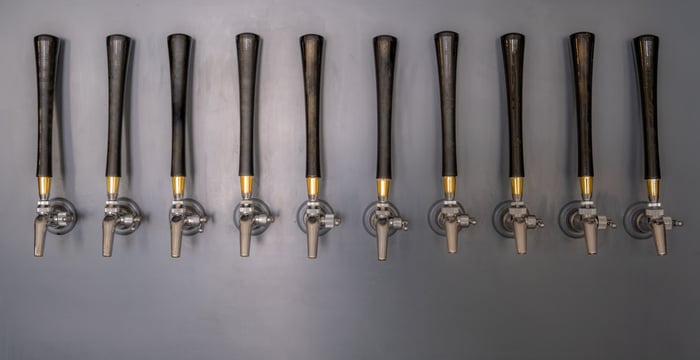 In a statement issued Tuesday, Constellation Brands vowed that it would keep working with local authorities, community members, and government officials in Mexicali to try to advance the project, but would also be exploring options elsewhere in Mexico.

"In the meantime," stated CEO Bill Newlands, "it's important to note that we have ample capacity, based on current growth forecasts and production capabilities at our Nava brewery and soon to be completed expansion in Obregon, to continue fueling the growth of our beer business in the medium-term."

Constellation Brands says it is eager to engage all stakeholders, as the Mexicali plant is key to the company's long-term production needs. Its Mexican beer portfolio, which includes top-selling brands such as Corona, Modelo, and Pacifico Claro, continues to function as its core growth engine. Even as sales in its wines and spirits business declined by nearly 10% last quarter, Constellation's larger beer segment achieved year-over-year sales growth of roughly 8%, allowing total company revenue to advance by 1%.