With traffic to its stores surging amid the pandemic, the off-price consumer goods chain is giving a little something extra to its workers.

Discount retailer Dollar General (DG 1.50%) announced Tuesday that it will distribute $35 million in bonuses to all store, distribution center, and private freight fleet employees who are working during a six-week period which began in mid-March. The bonus plan was disclosed to Dollar General's 143,000-member workforce last week.

The company also announced on Monday that it plans to hire an additional 50,000 employees to meet surging demand for the household essentials it stocks during the COVID-19 pandemic. Many of these jobs are expected to be temporary; however, management noted that new employees will be eligible for the bonus. 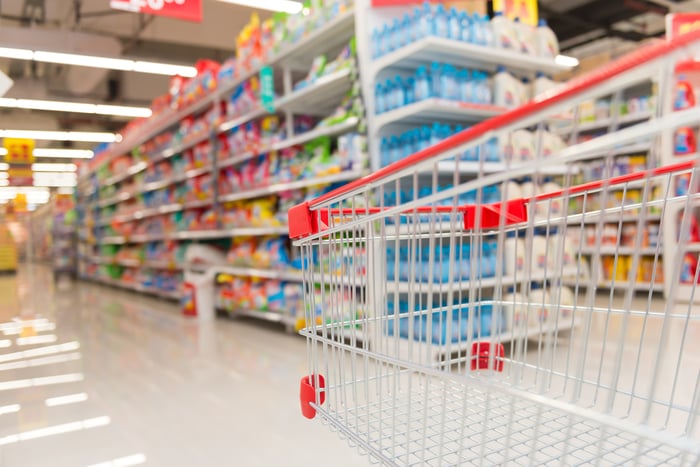 Dollar General is coming off a strong fiscal year in which it increased revenue by 8% to $27.8 billion and expanded net income by 6% to $1.7 billion. For perspective, the $35 million bonus pool equals roughly 2% of last year's net profit. The actual impact on this year's net profit is likely to be much less, however, since Dollar General has added a tremendous amount of incremental sales due to the coronavirus pandemic.

The company is now benefiting from its push over the last two years to add more refrigerated food coolers to its stores. Dollar General placed 45,000 new coolers in stores in the last fiscal year alone, and plans to install an additional 55,000 this year. Focusing on groceries as a traffic driver has paid off unexpectedly as home-bound food demand soars (along with demand for essential household supplies). Even after the current crisis subsides, Dollar General may be able to retain a portion of its additional traffic over a longer time horizon. For now, though, it's simply focused on meeting demand on a day-to-day basis.