The hotel chain and its peers have seen business dry up as the COVID-19 pandemic has spread.

Confronting coronavirus-related closures and a sharp decline in hotel business during the COVID-19 outbreak, Hyatt Hotels (H 1.70%) announced it will furlough many of its employees while reducing working hours for others. In all, approximately two-thirds of the hospitality company's U.S. employees will see their hours reduced or be furloughed during April and May. 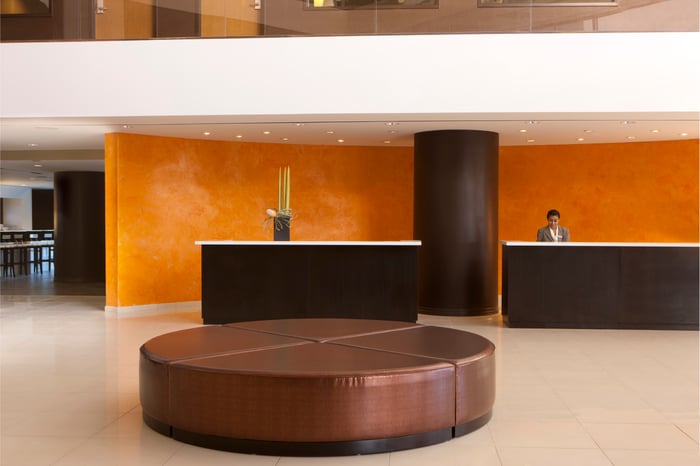 Hotel industry stocks dropped sharply last week. In an effort to cut its costs amid the steep drop-off in bookings and check-ins, Hyatt's furloughs and reductions in both pay and work hours will begin on April 1.

The workers are being furloughed, so they won't be paid, but they aren't being laid off, so some will be eligible to use their paid-time-off days during the period. Hyatt is urging its furloughed employees to apply for unemployment benefits. It says it's also working on arrangements to ensure their healthcare benefits remain in place during their two months of involuntary leave.

The move follows a similar decision on Sunday by Marriott International to furlough two-thirds of its own corporate headquarters workforce. Hyatt President and CEO Mark Hoplamazian further said he will forgo his entire salary during the furlough period, and members of the senior leadership team are taking 50% pay cuts.

The company says it is setting up a fund to provide monetary help to employees experiencing difficulties. "Our ultimate goal is to emerge in a position of strength coming out of this crisis, with our world-class teams as intact as possible," said Hyatt.