Snapchat’s core business seems insulated from the pandemic, but macro headwinds could cause advertisers to spend less money.

Snap (SNAP 9.19%) has been a divisive stock ever since the novel coronavirus (COVID-19) crisis started. The bulls claim Snap is well-insulated from the coronavirus crisis, since it has limited exposure to small and medium-sized businesses.

The bears argue that Snap's ad revenue could still be throttled by a global recession, its valuation is too high, and it's still burning through too much cash. Last year, several analysts claimed Snap would run out of cash within three years if it didn't turn a profit. 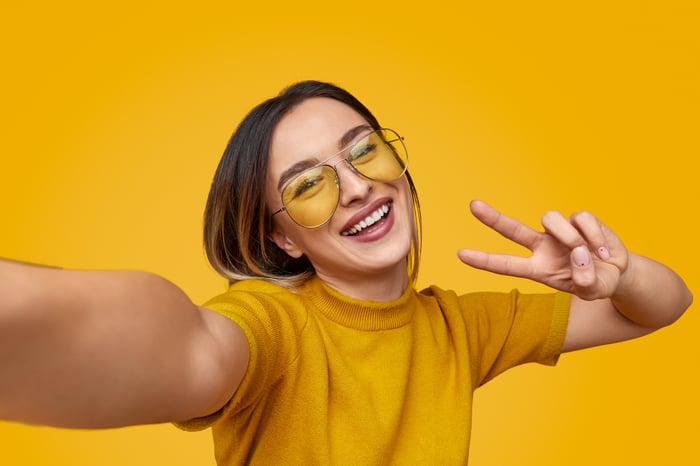 Snap tightened up its spending over the past few quarters, but will those improvements prevent its coffers from running dry? Let's dig deeper into Snap's business to find out.

How much cash is Snap burning?

Snap's net loss narrowed in 2019 as its cash burn rate decelerated. Its cash, cash equivalents, and marketable securities also rose throughout the year.

However, Snap received a big boost from a $1.1 billion debt offering last August. Without that offering, it would have run out of cash before the end of 2019.

Snap often highlights its narrower non-GAAP and adjusted EBITDA losses, which exclude big expenses like stock-based compensation expenses. But if we factor those expenses in, it's still burning through a lot of cash each quarter.

Snap generated $560.9 million in revenue last quarter as it racked up $240.7 million in losses, which implies that it's still losing $1.43 for each dollar in revenue.

A major problem is its stock-based compensation (SBC) expenses, which rose 37% annually to $166.7 million during the fourth quarter. However, Snap can't afford to reduce its SBC expenses, because it doesn't have the cash flows to replace its stock bonuses with cash salaries.

Trying to turn a profit before it runs out of cash

Snap hopes to achieve profitability on an adjusted EBITDA basis in 2020. Hitting that target would be a milestone, but it wouldn't solve its cash burn issues unless its free cash flow turns positive and it reports a profit on a GAAP basis. 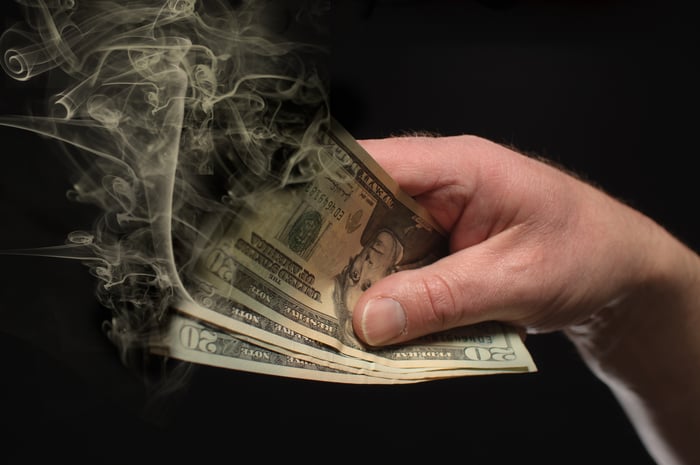 Those estimates sound encouraging, but if Snap keeps losing over $200 million each quarter, it could easily run out of cash again within the next two years. If that happens, investors should brace for another debt or stock offering.

How badly will the coronavirus crisis hurt Snap?

Snap hasn't altered its guidance to address the coronavirus pandemic yet. That's encouraging, since Twitter recently pulled its first-quarter guidance to account for the outbreak's impact.

Snap's top ten advertisers -- which include ByteDance, Coca-Cola, Comcast, Disney, AT&T, and Hershey -- are all large companies with robust cash flows. Snap generated 24% of its ad revenue from those top ten companies in 2019, according to MediaRadar.

But not all of those companies are immune to the coronavirus crisis. Disney, Comcast, and AT&T all face pressure in their media segments with delayed movie releases, while packaged food giants like Coca-Cola and Hershey could curb their ad spending until the crisis ends. Therefore, Snap might not struggle as much as advertisers that rely on small businesses, but its growth in ad revenue could still decelerate.

Investors should realize that Snap's fundamentals are gradually improving, thanks to its accelerating growth in active users and its expanding ecosystem. However, it's still burning through a lot of cash each quarter, its debt levels are rising, and it might need to raise capital again in the near future if the COVID-19 worsens.