Please ensure Javascript is enabled for purposes of website accessibility
Log In Help Join The Motley Fool
Free Article Join Over 1 Million Premium Members And Get More In-Depth Stock Guidance and Research
By Eric Volkman - Mar 26, 2020 at 11:54AM

The company says it will accelerate its R&D for such products.

Cannabis products maker MediPharm Labs (MEDIF 8.35%) has added another category to its lineup: On Wednesday, it announced that it had made its first shipment of bottled cannabis topicals.

In this case, MediPharm is acting as a contract manufacturer for another company, which it did not identify. The topicals, produced at MediPharm's processing facility in Barrie, Ontario, will ultimately be sold as for both medical and recreational use.

This apparently is only the beginning. In the press release announcing the shipment, MediPharm said that it's accelerating its research and development activities around topicals. It did not, however, provide any details about how much capital it intended to devote to this ramped-up effort. 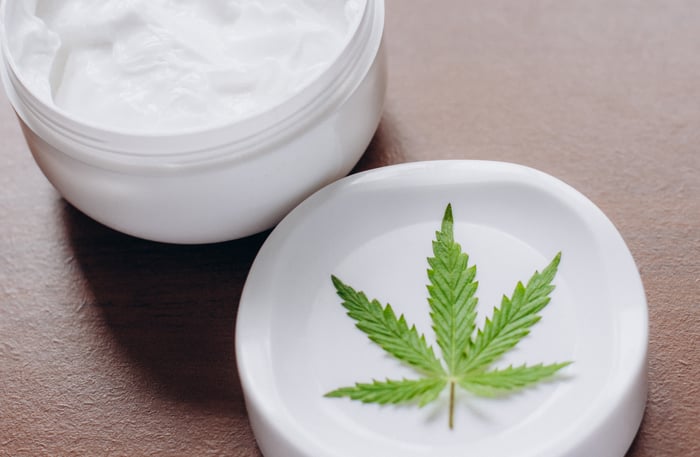 "Following Cannabis 2.0 legalization in Canada, it's clear there is demand for cannabis topicals," the company said. "We also expect worldwide demand for topicals could increase as new cannabis markets start to come online and legalize concentrate based products."

Cannabis 2.0 refers to the second phase of recreational-use legalization in Canada, which sanctioned the production and sale of cannabis derivative products like edibles and topicals. Although it officially began late last year, marijuana companies have only recently begun shipping and selling such goods.

MediPharm is a cannabis company that specializes in extraction and related services. It is active in markets abroad; earlier this month, the company announced its subsidiary in Australia signed a contract manufacturing agreement to supply cannabis oil products.

Investors were apparently heartened by the news. They bid MediPharm's shares up by over 7% on Wednesday, a figure that exceeded the gains of the key U.S. stock market indexes on the day.

MediPharm Sinks by Over 14% on Q1 Results