Please ensure Javascript is enabled for purposes of website accessibility
Log In Help Join The Motley Fool
Free Article Join Over 1 Million Premium Members And Get More In-Depth Stock Guidance and Research
By Daniel B. Kline - Mar 27, 2020 at 1:34PM

The move is part of a campaign to "de-densify."

On a recent earnings call, GameStop (GME 0.40%) CEO Jim Bell announced the company would permanently close around 300 storefronts this year. The closures come after the company closed 320 stores globally in fiscal 2019.

GameStop saw sales drop by 26% in the fourth quarter, but the company made $1.27 per share ($109 million) on $2.2 billion in sales. That's in line with the company's efforts to change its business by managing expenses, lowering its inventory, and shrinking its store count.

For the full year, overall global revenue dropped by 22% and same-store sales fell by 19.4%. GameStop did, however, deliver $62 million in operating income, or $0.22 per share. 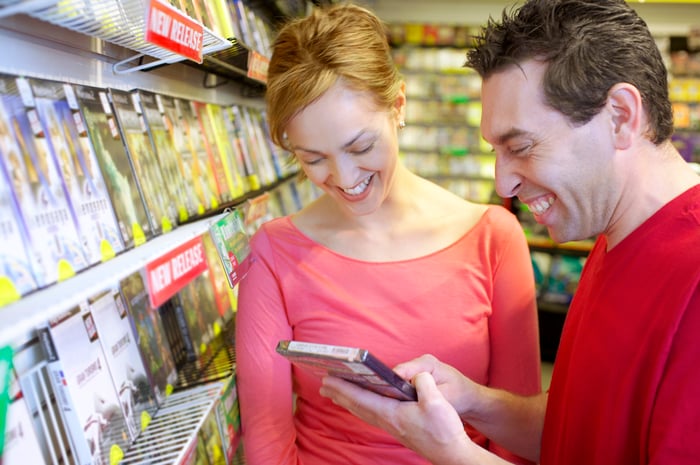 GameStop plans close another 300 or so stores in 2020. Image source: Getty Images.

GameStop is getting smaller

Essentially, GameStop has been managing its business to be profitable on lower sales. That's a very challenging strategy when you have long-term costs including leases. That has slowed the company's ability to close stores, but it's steadily doing so.

"In 2020, we will continue our work to de-densify our global store fleet and anticipate store closures to be equal to or more than 320 net closures we saw in fiscal 2019 on a global basis," Bell said during the fourth-quarter earnings call.

The company has been careful to point out that it's closing stores strategically in areas where it had too many too close together.

"Following several years of both organic and inorganic growth, this process is yielding profit synergies not heretofore realized," Bell added, "and in that light, we expect these closures to positively impact both sales and ... our EBITDA growth as we transfer sales to nearby stores."

GameStop's business is shrinking but the company has planned for that. This move should leave the chain in a strong position to profit when the next generation of gaming consoles gets released (which is currently expected to happen during the 2020 holiday season).