Please ensure Javascript is enabled for purposes of website accessibility
Log In Help Join The Motley Fool
Free Article Join Over 1 Million Premium Members And Get More In-Depth Stock Guidance and Research
By Jennifer Saibil - Mar 27, 2020 at 10:43AM

The entertainment company's finances have taken a serious hit due to the COVID-19 pandemic.

Disney (DIS 1.84%) has closed its theme parks for the duration of March but is continuing to pay the employees who work in them. What it will do after that is not yet clear, but what is clear is that the company is losing a lot of money.

A report by analysts at JPMorgan Chase says that if the parks stay closed and Disney decides to furlough some of the "cast members" who work there, it could save up to $500 million. 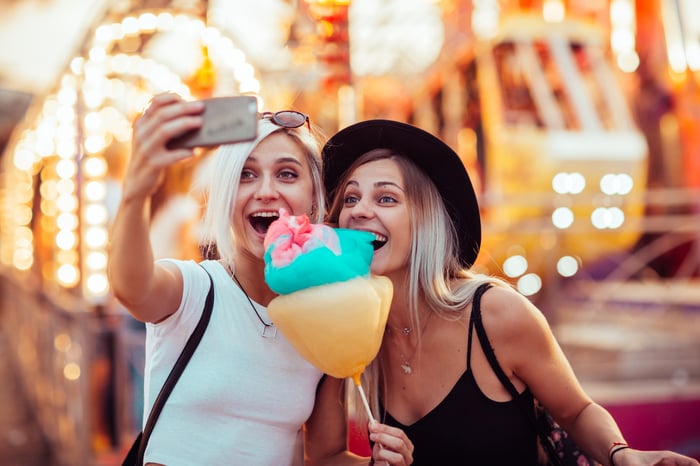 The complexes of Disneyland in California, Walt Disney World in Florida, and Disneyland Paris are all closed through the end of the month. The company has a total of 125,000 workers at these destinations, and paying them while those theme parks are not generating any revenue only adds to the long list of financial woes the company is experiencing because of COVID-19.

According to the JPMorgan Chase report, if the parks stay closed through May, it could cost Disney $1 billion -- and that's assuming that the company chooses to furlough employees instead of paying them starting in April. That move would produce savings of $500 million when combined with other cost-saving actions.

Disney's revenues are suffering tremendously due to the closure of its parks, as well as from the shutdowns of theaters and professional sports. One silver lining for the company is its new streaming service. Subscriptions to Disney+ have tripled as people staying home to flatten the curve of the coronavirus pandemic seek fresh entertainment options.

Disney stock has fallen 33% year to date to below $99 as of Friday morning.