China’s top telco is rapidly expanding its 5G network, but millions of subscribers vanished in February without a clear explanation.

China Mobile's (CHL) stock has plunged 30% over the past 12 months, as China's economic slowdown, protests in Hong Kong, and the novel coronavirus (COVID-19) outbreak all throttled its growth. Government-mandated reductions in wireless fees and the elimination of data-roaming charges exacerbated the pain.

Despite those challenges, China Mobile remains the country's largest wireless carrier provider, with 942.2 million subscribers at the end of February. Moreover, 15.4 million of those subscribers had already upgraded to 5G subscriptions -- up from 6.7 million in January -- which indicates that China's 5G rollout is accelerating. Let's see how China Mobile's 5G plans will shape its future. 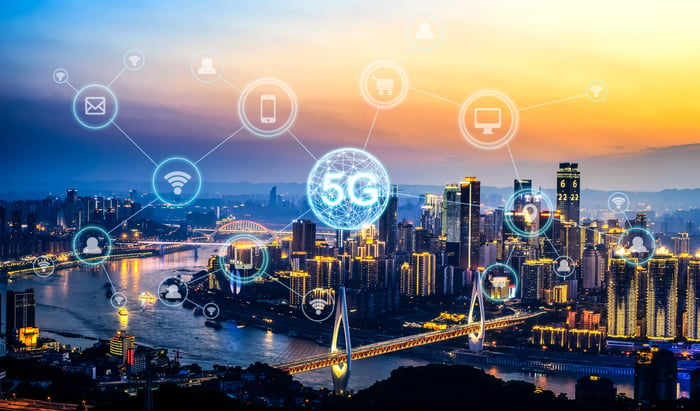 Those businesses only account for 4% of China Mobile's service revenue, but that percentage could rise over the next few years.

China Mobile was granted a 5G license last June. It built over 50,000 5G base stations, started over 100 5G joint projects, launched 5G commercial services in 50 cities, and guided manufacturers in the launch of 32 5G devices. 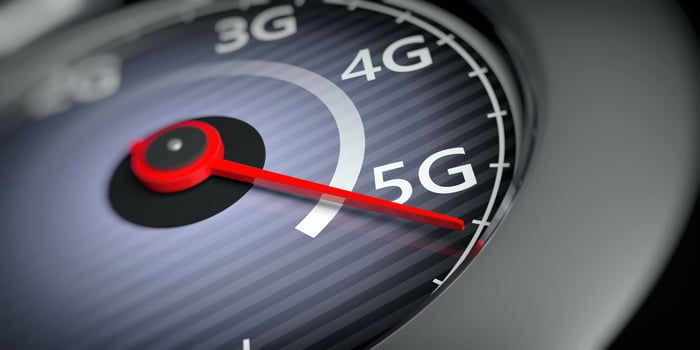 China Mobile expects its CapEx to rise 8% to 179.8 billion yuan ($25.3 billion) in 2020, with 100 billion yuan ($14.1 billion) allocated to 5G upgrades. Those investments could widen China Mobile's lead in the 5G market against its two main rivals, China Telecom (CHA) and China Unicom (CHU), which don't disclose their 5G subscriber numbers separately yet.

China Mobile's average revenue per user (ARPU) took a big hit last year after the government-mandated fee reductions. However, it claims its ARPU from 5G subscribers is now 6.5% higher than its 4G subscribers. That sounds like good news, but its data traffic per user for 5G users also rose 16.8% -- which suggests that its 5G margins could still be significantly lower than its 4G margins.

China Mobile's executive chairman Jie Yang stated that the company's 5G expansion was off to a "very good start."

However, Yang didn't address its abrupt loss of 7.5 million wireless subscribers in February, which coincided with similar losses at China Telecom and China Unicom. The loss of subscribers at one carrier should translate to gains at its rivals, but the simultaneous declines suggest that China may have suspended wireless services across certain regions during the lockdown period, or that its official death count (at about 3,300 as of this writing) is too low.

That's all speculation for now, but China Mobile's chilling drop in February subscribers casts a dark cloud over its 5G gains. Looking ahead, investors should keep a close eye on its monthly subscriber numbers and its growth in 5G ARPU to see if its business is truly stabilizing.