Slack is developing technology to enable its users to make phone calls directly to Microsoft Teams users as work-at-home becomes the new norm amid the coronavirus pandemic.

Slack (WORK) is putting its rivalry with Microsoft (MSFT -0.26%) aside, announcing its working to integrate its digital chat and collaboration tool with Microsoft's Teams.

During a conference call with Wall Street firm RBC, Slack co-founder, and CEO Stewart Butterfield said Slack is developing voice technology to integrate with Teams, CNBC reports. Once it's completed, Slack users will be able to make calls directly to Teams users without leaving the platform. 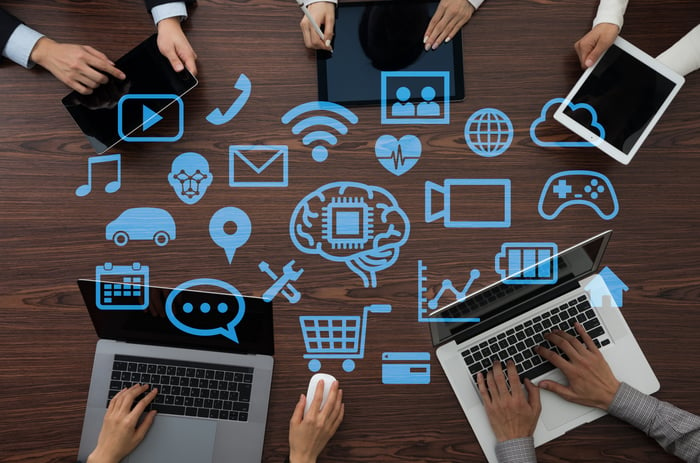 Butterfield didn't say when the integration would be ready, but it does highlight how important digital collaboration tools and video conferencing are becoming. as millions of people work-at-home amid the COVID-19 pandemic. That's been driving huge demand for Slack, Teams, and Zoom Video Communications (ZM 0.88%), the video conferencing start-up.

Since the end of January, Microsoft's Teams has seen a 500% increase in usage in China alone. Demand is surging in the U.S. as well. Microsoft said last week that Teams has more than 44 million daily users, with it growing by about 12 million users in just seven days. Slack hasn't said how many users it's gained since the pandemic started but the company did say it's seeing unprecedented demand.