The insurers could benefit from the move.

"It's a lot of money they're waiving," President Donald Trump said of Cigna and Humana at a press conference on Sunday where the announcement was made. Apparently, it doesn't pay to be first because there was no mention of Aetna during the press conference.

The companies will also not require co-pays for COVID-19 testing. That was made mandatory by the $2 trillion CARES Act passed last week, but many insurers had already announced they were waiving costs for testing. 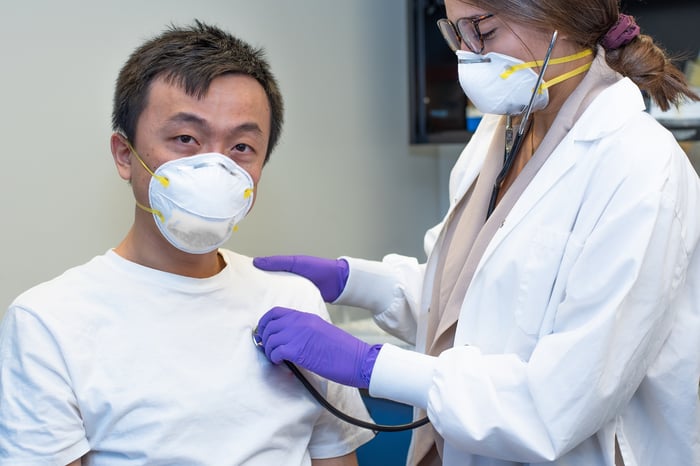 The new COVID-19 policies will give Cigna, Humana, and CVS Health some positive publicity, but the moves could also end up saving companies money, too. If patients delay testing or treatment because they're worried about how much it will cost them -- a real possibility given the number of people who have recently lost their job -- their illnesses could progress further than they might have if they had gotten medical care earlier, resulting in higher costs for the insurers.

CVS Health and Humana have also waived co-payments for telehealth consultations for any medical issues during the COVID-19 outbreak. The policies could have a double benefit for the insurers: They'll keep patients out of doctors' offices, reducing their risk of exposure to COVID-19, and also introduce patients to telehealth, which costs insurers less to provide. More people becoming familiar with telehealth could lead to more of them continuing to use it, even after the pandemic has ended.