Please ensure Javascript is enabled for purposes of website accessibility
Log In Help Join The Motley Fool
Free Article Join Over 1 Million Premium Members And Get More In-Depth Stock Guidance and Research
By Jennifer Saibil - Mar 30, 2020 at 10:09AM

Doors will remain shuttered while vacationers are staying home.

Some industries are getting hit harder than others during the COVID-19 pandemic, and one of the worst is the vacation and tourism space. Revenue for resorts, hotels, and theme parks is in stall mode while federal and state governments have constituents bound to their homes.

Disney (DIS 2.21%), whose sales are getting crushed because of current events, originally announced that its American theme parks will be closed through the end of March, but the entertainment king has now said they will stay closed indefinitely as the spread of the coronavirus continues throughout the U.S. 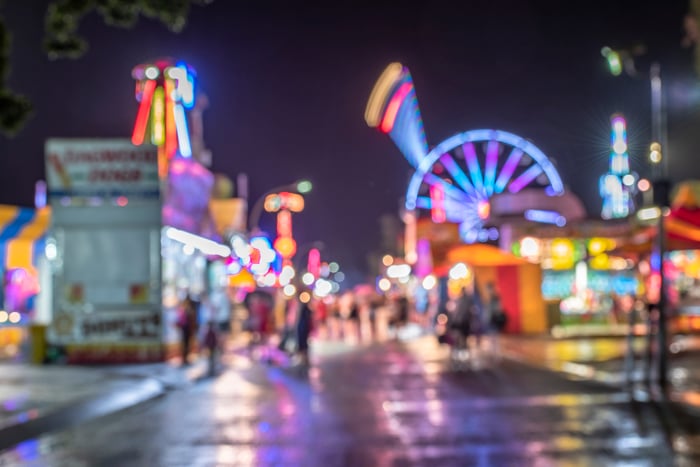 "The safety and well-being of our guests and employees remains The Walt Disney Company's top priority," the company said in a release on Friday.

The U.S. theme parks, Disneyland in California and Walt Disney World in Florida, contributed 38%, the highest percentage, of Disney's total revenue in 2019. Along with experiences and products, they brought in over $26 billion in fiscal 2019, just edging out media networks.

Media networks, Disney's second revenue generator, delivered close to $25 billion for the company in fiscal 2019. That segment is going strong, growing during the coronavirus situation as people are springing on home entertainment services such as Disney+.

And the theme parks segment also includes products, which are still for sale while people are switching to digital shopping. Having several revenue streams will ultimately provide the company with viability as it sustains heavy losses in its core product.