Its website is accepting reservations for the first month of summer.

While Walt Disney (DIS 3.98%) announced its theme parks will stay closed until further notice because of the coronavirus epidemic, its reservation system may indicate it hopes to reopen on June 1. The company's statements and its website booking pages both support this potential target date for opening the gates of its parks to visitors again.

Disney closed its parks on March 14 as novel coronavirus infections began skyrocketing across America. Its original plan called for a reopening in just a few days, on April 1. However, as cases continue to rise and social distancing guidance extended until April 30, the media and entertainment company opted to officially enact an indefinite park shutdown. 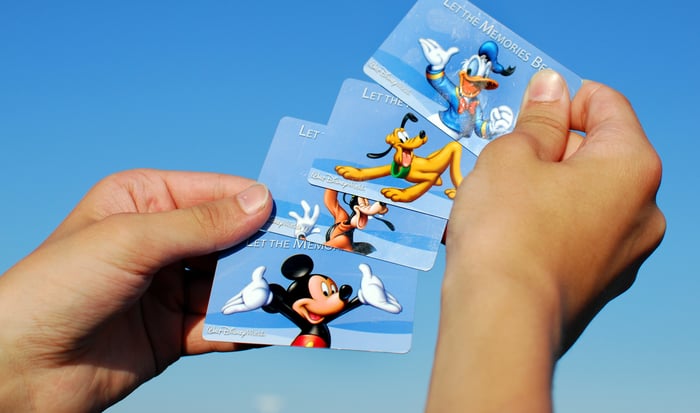 A post about the park closures by Walt Disney said, "a reopening date has not been identified." However, the same announcement went on to say "reservations are currently available for travel dates June 1 and later." Given the costs involved in rescheduling reservations or dealing with cancellations and refunds, the statement seemingly hints at Disney's expectation that measures against COVID-19, and possibly warming weather, will halt the pandemic's spread in the United States by then.

An extra piece of circumstantial evidence comes from Disney's website reservation system. The site currently refuses to allow the purchase of visits in April or May, but processes June 2020 bookings as normal.