Please ensure Javascript is enabled for purposes of website accessibility
Log In Help Join The Motley Fool
Free Article Join Over 1 Million Premium Members And Get More In-Depth Stock Guidance and Research
By Nicholas Rossolillo - Mar 30, 2020 at 9:49AM

The digital and direct-to-consumer economy is getting a massive boost, and Nike isn’t the only one to benefit.

Sports apparel and sneaker leader Nike (NKE 2.75%) handed the business and investment community a shred of good news when it reported its latest quarter of earnings -- you know, the quarter that includes some consumer reaction to coronavirus crisis that began in China late in 2019. For the three months ended Feb. 29, the swoosh lived up to its long-standing marketing MO and posted a victorious 5% year-over-year increase in sales.

Shares of the global athletic company are still down some 20% from all-time highs registered just months ago, but the stock has rallied sharply off of COVID-19-induced lows.

Quarterly results -- which include a 22% decrease in earnings per share that were not due to any pandemic, but rather from changes related to the company transitioning some of its South America business to a new distributor partnership model -- were so good because of Nike's playbook in dealing with the situation in China. CEO John Donahoe explained that the shoemaker was able to engage its fans via its app and other digital channels while they were quarantined at home, and the free exercise services translated into strong digital sales that helped gloss over the countrywide store closures. 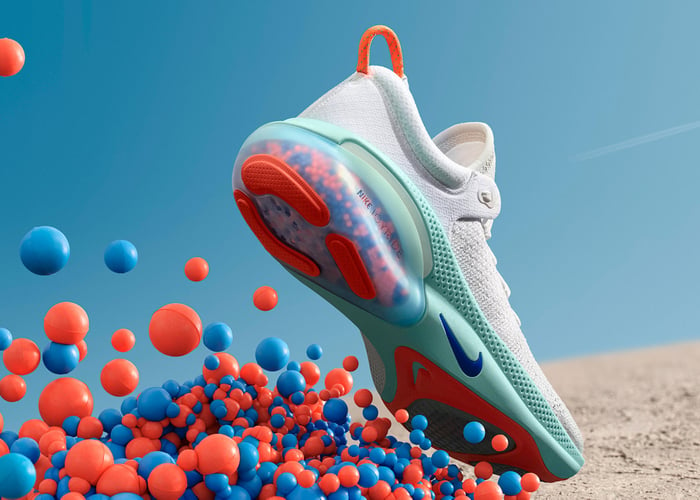 That same playbook is being used in Japan and South Korea to similar success, and the hope is that Nike's investment in its digital engagement and direct-to-consumer selling capabilities will also help bridge the crisis as it spreads across Europe and North America. Thus, even though investors overall are expecting serious economic pain, Nike stock is still trading at a premium of 31 times earnings per share.

While not all athletic apparel companies will do as well as Nike, as they lack the same digital ecosystem and premium image that the swoosh carries with it, Nike's results can't be completely hung on the company's e-commerce efforts alone. Rather, Nike and its peers are enjoying a global shift in thinking when it comes to lifestyle, especially regarding staying active and healthy. That means sports and activewear brands could be a great way to rebound from the coronavirus market crash. Nike's results could signal similarly resilient numbers are in store for Skechers (SKX 2.64%), which has also been consistently executing on its growth strategy internationally.

The case for quirky sneakers

Just to make a few things clear, Skechers possesses neither the brand image nor the app and digital engagement that Nike does. Nevertheless, the smaller shoe company has also been riding the athletic wear craze. Revenues have doubled in the last five years, driven especially by overseas expansion in emerging markets like China, India, the Middle East, and Latin America. International distributor partners have been key, but Skechers also has its own direct-to-consumer model that includes e-commerce and 800 company-owned stores in addition to another 2,500 joint venture or franchised stores.

In fact, Skechers' business overseas has been growing at a rapid pace -- up 20% in 2019 alone -- and made up 60% of total revenue. That's even higher than the 56% international revenue mix Nike has reported through the first nine months of its current fiscal year. Skechers may not hold the same premium image, but it's hitting the right points and winning lots of new business outside the U.S.

Of course, results are going to take a hit. All of Skechers company-owned stores are currently closed in the U.S. right now, leaving its digital channels and retail partners to do the heavy lifting during the shelter-at-home period here in the states.

That follows the temporary closing of stores in Asia as well. As a result, management recently withdrew the outlook it had provided for the first quarter of 2020. However, there's reason to believe Skechers will be just fine.

First, Skechers was operating at a healthy operating profit margin -- nearly 10% over the last year -- before the health scare really started to take hold. It thus has some wiggle room to maneuver as it deals with the closure of its locations.

More importantly, the upstart shoe company had $121 million in debt and $937 million in cash, equivalents, and short-term investments headed into the new year. For the sake of comparison, Nike had $3.5 billion in debt and $3.2 billion in cash, equivalents, and short-term investments at the end of its last quarter. For now, with sales still chugging away, Nike doesn't appear to be in a cash crunch, but one could still argue that it's Skechers that wins with balance sheet health.

Thanks to Wall Street's misunderstanding of Skechers' lumpy profitability over the years as it expands and the recent broader market sell-off, the stock is now priced the same as it was five years ago. That price is despite the fact that yearly sales have doubled in the same timeframe. Again, it gets dinged when compared to Nike, and its likely sales don't hold up as well as Nike's while the global economy is temporarily shut down.

Nonetheless, the quirky sneaker company's stock is certainly worth a look for investors on the hunt for some deals right now.