Please ensure Javascript is enabled for purposes of website accessibility
Log In Help Join The Motley Fool
Free Article Join Over 1 Million Premium Members And Get More In-Depth Stock Guidance and Research
By Mark Prvulovic - Mar 31, 2020 at 6:53AM

Now's the time to add these companies to your portfolio.

No one can tell you for certain whether this coronavirus bear market is over for good, or if another major sell-off is on the horizon. What is certain, though, is that while COVID-19 cases continue to grow in both the U.S. and around the world, it's completely altered the way many companies are now doing business.

While for some, this change is for the worse, other businesses are set to surge during this time. Even better, most of these companies that are poised to do well are still trading at steep discounts compared to where they were just a month ago.

Here are four stocks you'll be glad you bought now rather than later. 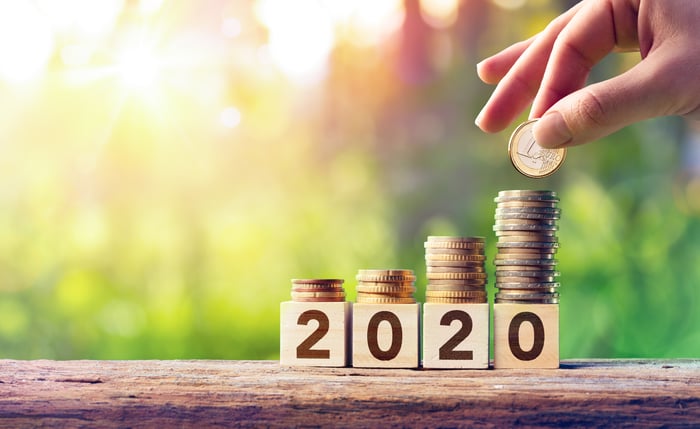 With most people choosing to stay at home rather than venture about due to COVID-19, it's not surprising that many have turned to online shopping as an alternative to going in person. As such, e-commerce companies are expected to have one of their best years on record due to this pandemic.

As the largest online retailer, Amazon (AMZN 3.15%) is expected to do extremely well this year. The company announced it would hire an extra 100,000 workers to keep up with its increased online orders, and as outbreaks in the U.S. continue to worsen, demand should continue to skyrocket.

Despite its size, Amazon had been reporting tremendous growth even before the coronavirus outbreak began. Annual revenue had more than doubled between 2015 and 2019, growing from $107 billion to $280.5 billion. This is the kind of growth expected from a young tech company, which makes it all the more impressive that it's a company with almost a trillion-dollar market valuation. With Amazon's stock still trading at a discount in comparison to its previous February highs, now's a good time for investors to pick up shares at an attractive price while they can.

Advanced Micro Devices (AMD -3.66%) has done very well over the past couple of years, seizing the PC processor market by storm and edging out over its major competitors. Last year's release of its Ryzen 3000 desktop processors are still going strong, while excitement surrounding its upcoming Ryzen 4000 series (scheduled to be released this year) is growing as well.

Putting aside its processors, AMD is expected to see a significant boost in data center demand as companies all around the world encourage their employees to work from home. Although Intel currently remains the dominant player in the data center market, this is expected to change significantly over the next year or two as AMD's market share grows.

Despite bullish expectations for the company, AMD is still trading at around a 20% discount from its all-time high in mid-February. With the company's long-term prognosis looking better than ever, AMD looks like a good deal for growth-oriented investors looking for an excellent investment at a cheap price. 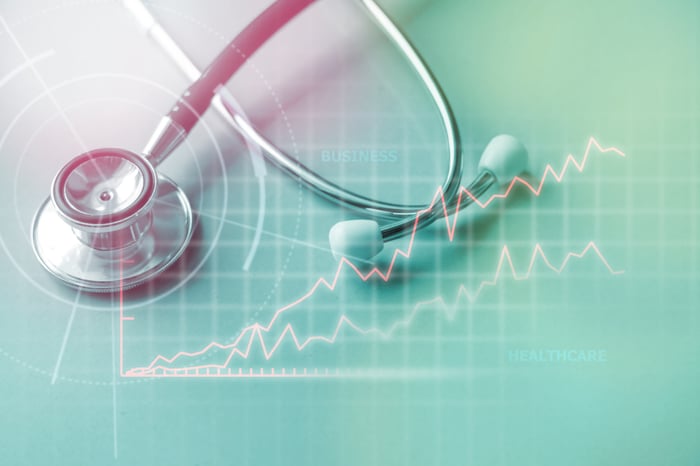 There are a number of large-cap pharmaceutical companies trading at extraordinarily cheap valuations. AbbVie (ABBV 0.42%) is one of them. While there's still a bit of lingering concern regarding the patent expiration of the company's top-selling drug, Humira, AbbVie has prepared an impressive line-up of potential blockbuster drugs to make up for Humira's projected revenue decline.

Besides its promising new immunology drugs, Skyrizi and Rinvoq, the AbbVie's acquisition of Allergan will expand the healthcare giant's pipeline for the better. In addition to Humira, AbbVie's second top-selling drug, Imbruvica, brought in $3.8 billion in revenue during Q4 2019. That's a 30.2% increase from last year.

Despite its strong drug lineup, AbbVie trades at an extraordinarily cheap valuation. The company has a price-to-sales ratio of 3.2 and a price-to-equity ratio of 13.8. To sweeten the deal, AbbVie has a 6.5% dividend yield at its current price, which makes it an incredibly appealing company for investors who appreciate a high dividend.

Most companies directly involved in fighting the COVID-19 pandemic have seen their shares surge over the past month. However, that hasn't been the case across the board. Pharmacy retailer CVS Health (CVS 1.38%) saw its shares plunge to a 52-week low earlier in March.

However, as COVID-19 continues to spread in the U.S., long-term demand for its pharmaceutical and sanitary products are expected to shoot up. CVS Health has already announced that it would hire an additional 50,000 full-time, part-time, and temporary staff members to meet demand from customers across the country.

Currently, CVS Health trades at a measly 0.3 P/S ratio and a 11.4 P/E ratio. At the same time, the company offers a healthy 3.4% dividend yield. While shares of CVS are still trading quite low, strong demand for its products and the burgeoning number of COVID-19 patients in the U.S. are expected to help move the stock back to a normal price range soon.