Please ensure Javascript is enabled for purposes of website accessibility
Log In Help Join The Motley Fool
Free Article Join Over 1 Million Premium Members And Get More In-Depth Stock Guidance and Research
By Rich Duprey - Mar 31, 2020 at 10:02AM

Cable operator says it has plenty of capacity to handle the peak loads.

With consumers forced to shelter in place due to the coronavirus pandemic, television viewing is surging. Comcast (CMCSA 2.68%) says peak network traffic has spiked 32% since March 1, and in some areas has shot 60% higher.

However, the cable giant says it engineered the network to be able to handle such surges and the response is "still within the overall capacity of our network." 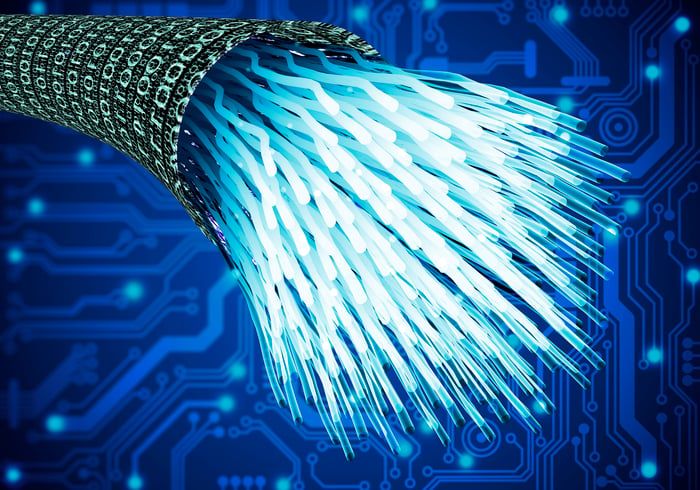 A lot of free time on our hands

Viewing patterns have also changed as the pandemic deepened. Comcast reports that, where peak download times had been at 9:00 P.M. before March 1, by the end of the month it had shifted to around 7:30 P.M.

Similarly, peak upload times had been 9:00 P.M. beforehand, and now upload times remain near peak throughout the day between 8:00 A.M. and 6:00 P.M. in most cities.

Undoubtedly that is due to businesses being forced to close and employees having to work from home. Indeed, Comcast notes that weekday network usage is way up, and it is being driven by VoIP and videoconferencing, which has rocketed 212% higher over the last 30 days.

In the evenings and on weekends, it's naturally entertainment driven, Comcast says gaming downloads are 50% higher and can shoot up 80% when there isa new release. Meanwhile, streaming video and web video consumption are up 38%.

People are using the phones a lot more now, too, as Comcast has seen a 24% increase in its Xfinity Mobile wifi usage even as LTE data usage has dropped 10%.

While it is continuously adding new capacity where necessary, Comcast says that usage has already plateaued in areas that were the first hit by the pandemic, namely Seattle and San Francisco.