T-Mobile was supposed to get the financing through third-party investors. But that fell through due to COVID-19, leaving banks responsible.

Sixteen of the largest banks in the world are on the hook for $23 billion in loans in order to finance the merger between telecommunications giants T-Mobile and Sprint.

Initially, T-Mobile had planned to fund its acquisition of Sprint by selling debt to third-party investors. However, that's no longer possible because of the coronavirus pandemic, reported Bloomberg, which cited anonymous sources.

The massive loan comes at a time when many of the nation's largest banks are already extending billions of dollars of credit to companies in need.

The banks with the largest share of the loan -- Barclays, Credit Suisse, Deutsche Bank, Goldman Sachs, Morgan Stanley, and Royal Bank of Canada -- would have to provide roughly $2.7 billion in financing each, according to Bloomberg's data. For context, Goldman only grew total loan volume roughly $4 billion between the third and fourth quarters of 2019, according to regulatory filings. 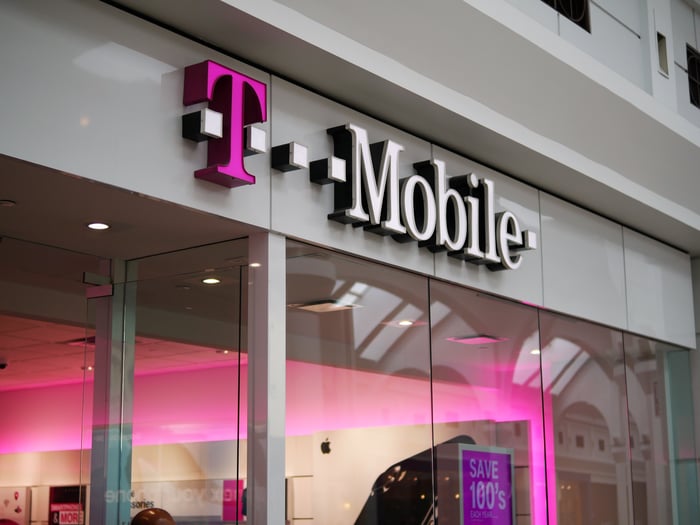 The $26.5 billion merger between Sprint and T-Mobile has been in the works for more than two years but finally got the green light earlier this year when a federal judge ruled in favor of the wireless carriers after the deal was opposed by 14 attorneys general in a lawsuit.

So T-Mobile notified 16 banks that it had already secured previous commitments from that it would need the funding by April 1.

According to a recent press release from T-Mobile, the company has communicated with all 16 banks and has not received any word that any of the banks are unprepared to fund their commitments.

"This diversification of banks, and the spreading of the committed bridge financing creates a very high-quality bridge," said Braxton Carter, CFO of T-Mobile, in a statement.