Please ensure Javascript is enabled for purposes of website accessibility
Log In Help Join The Motley Fool
Free Article Join Over 1 Million Premium Members And Get More In-Depth Stock Guidance and Research
By Mark Prvulovic – Apr 1, 2020 at 8:31AM

Which of these two gene-editing companies is the better investment?

Gene editing as a sector has taken a backseat in terms of publicity and excitement now that the COVID-19 pandemic is on people's minds. However, its potential impact remains as significant as ever. With new treatments possibly able to cure genetic disorders previously considered incurable, there's a tremendous market for companies making breakthroughs in this innovative industry.

Both Editas Medicine (EDIT -4.22%) and Sangamo Therapeutics (SGMO -1.79%) have a number of potential treatments in the works right now. While both biotech stocks seem promising, if you had to pick between these two, which company is the better buy? 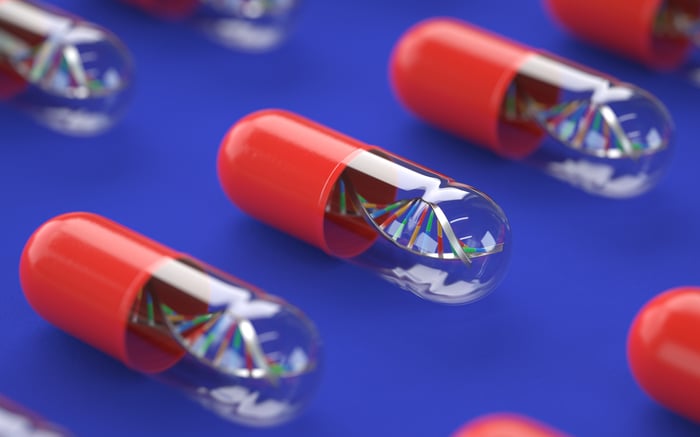 Editas Medicine has a pipeline of 11 drug candidates in the works right now. Five of these candidates are still in the discovery phase, while another five have entered preclinical testing. The only drug currently undergoing trials is EDIT-101, a treatment that targets a type of blindness that develops in children known as Leber congenital amaurosis (LCA). While the condition is quite rare, with only three newborns per 100,000 being diagnosed, there's little that can be done to reverse the disorder once it has been identified.

Although there's one available treatment for LCA, a drug called Luxturna, it's only effective for one of the 13 types of LCA that affect children. In contrast, Editas' EDIT-101 is designed to treat all forms of LCA. Luxturna carries a hefty price tag of $850,000 to treat both eyes. If Editas charges a similar amount, it could easily generate hundreds of millions of dollars from treating just a few hundred patients each year.

While it's still in preclinical testing, Editas also has a sickle cell disease and transfusion-dependant beta thalassemia (TBT) drug called EDIT-301. These two disorders, which impact the blood's ability to transport oxygen, can result in symptoms including anemia, infections, delayed growth, and more severe complications. At the moment, there's no cure for either of these two conditions.

Although slightly more obscure than Editas, Sangamo has a slightly broader clinical pipeline with 16 projects underway across different medical areas. Five of these are currently in early phase 1/2 clinical trials.

Just like Editas, Sangamo is also working on treatments for sickle cell disease and TBT, albeit they are two separate drugs instead of just one. ST-400 is Sangamo's TBT treatment, while BIVV003 is its sickle cell disease drug. Sangamo also has a Fabry disease treatment, ST-920, a hemophilia A drug, SB-525, as well as SB-913, a treatment for a rare genetic disorder known as Hunter syndrome that is a progressively debilitating mostly affecting males. 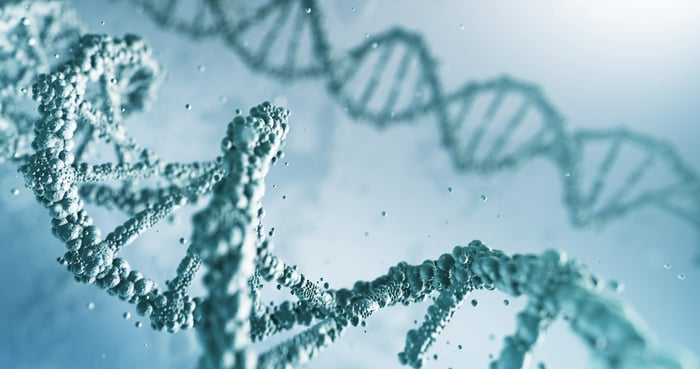 Out of these five drugs, Sangamo's hemophilia A drug shows the most clinical promise. In July 2019, the company revealed initial results that showed significant improvements in key symptoms. Patients who have hemophilia A lack a crucial blood-clotting factor that causes them to bleed excessively, sometimes requiring hospitalization. Patients taking SB-525 saw significant improvements in the amount of clotting factor in their blood.

On the other hand, Sangamo's Fabry disease drug has been a mixed bag. Fabry disease is a genetic disorder that impacts the metabolism and causes sometimes life-threatening symptoms. Although a study in mice has shown the drug to be effective, another early-stage study involving humans has proven to be a disappointment. That doesn't mean that Sangamo is giving up on the drug by any means, but it's not a good sign for the treatment to be struggling this early on in clinical testing.

Early-stage biotech companies typically have little in the way of product revenue. Instead, they usually rely on their cash reserves to fund their operations until their drug candidates are ready for late-stage trials and eventual regulatory approval if successful. Editas and Sangamo are no exception.

In its recent Q4 financial results, Editas reported collaboration revenues of around $12.3 million alongside a net loss of $37.8 million. While losses have worsened from last year, when net losses for Q4 2018 were $25.1 million, Editas still has plenty of cash to fund its operations. Total cash and cash equivalents came in at $457.1 million, which is enough to last the company almost three years at the current rate of expenditure.

Surprisingly, Sangamo actually managed to report a profit in Q4, ending Dec. 31. Total revenue was $54.9 million, more than double the $26.8 million reported in the same quarter last year. That helped give the company a net income of $4.6 million compared to the $18.7 million net loss seen a year ago. Coupled with $385 million in cash, Sangamo is also in a great position to fund its operations for quite a while.

Comparing financial ratios isn't the best idea when it comes to early-stage biotech stocks, especially since their revenues are likely to change drastically once (or if) their drug candidates hit the market. Sangamo's price-to-sales (P/S) ratio is only at 6.9, whereas Editas trades at a much higher 48.6 P/S. However, at one point, Editas was trading at a 300-plus P/S ratio, while another gene-editing stock, CRISPR Therapeutics, traded at over 1,800 times its P/S ratio. The lesson is that when looking at early-stage biotech stocks, conventional ratios aren't all that important.

It's anyone's guess as to which of these two companies will reign supreme. Both Editas and Sangamo are still at early stages in terms of clinical development. Drug candidates that seem promising now can easily hit a snag during the next few years of their development cycle.

With that said, Sangamo does have a larger portfolio, which means it has more shots to hit a home run than Editas does. Sangamo's financial position, at least at this moment, also looks a tad better than Editas'.

If I had to pick just one of these stocks right now, I'd lean ever so slightly toward Sangamo Therapeutics. However, it's better to own both companies in a larger basket of gene editing stocks, as both companies have a lot going for them. Investors should be mindful to keep their initial positions on the smaller side until further clinical results are announced.

Mark Prvulovic has no position in any of the stocks mentioned. The Motley Fool owns shares of and recommends CRISPR Therapeutics and Editas Medicine. The Motley Fool has a disclosure policy.