Please ensure Javascript is enabled for purposes of website accessibility
Log In Help Join The Motley Fool
Free Article Join Over 1 Million Premium Members And Get More In-Depth Stock Guidance and Research
By Rich Duprey – Apr 1, 2020 at 10:22AM

People are also staying on the phone longer.

Being cooped up in the house because of the coronavirus pandemic is causing people to figuratively "reach out and touch someone." Verizon (VZ 1.16%) said last week that its wireless network was handling twice as many calls on weekdays as it generally sees on Mother's Day, typically the busiest day of the year for calls. 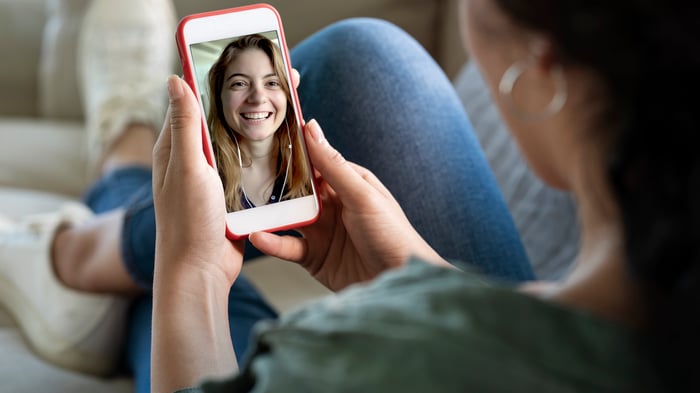 Verizon reported on March 24 that an average of 800 million calls were being placed each weekday and the calls were lasting a third longer than they typically do.

The company found mobile hand-offs, or when a data session is passed from one cell tower location to another, such as occurs when someone is walking or driving, had fallen 27% compared to a typical week. That indicates people are staying put.

But it's not just personal calls that are surging during the pandemic, as there has been increased usage of services typical of large-scale work-from-home setups. Verizon said usage of collaboration tools on its network jumped 47% week over week and virtual private network usage was up  52%.

Verizon says its networks continue to perform well despite the increased loads they are handling.