The company, which is developing a drug that could treat the coronavirus, has named a corporate veteran to head its finance team.

BioCryst Pharmaceuticals (BCRX -2.68%) is making a big change within its C-suite. The company announced Thursday that it has appointed a new CFO, Anthony Doyle. It was not immediately clear when his tenure would begin.

Doyle comes to BioCryst from privately held research company Worldwide Clinical Trials Holdings, where he also filled the post of CFO starting in 2014. Prior to that, he was employed in a variety of financial positions at General Electric, and was CFO of World Book, owned by Warren Buffett's investment vehicle Berkshire Hathaway. 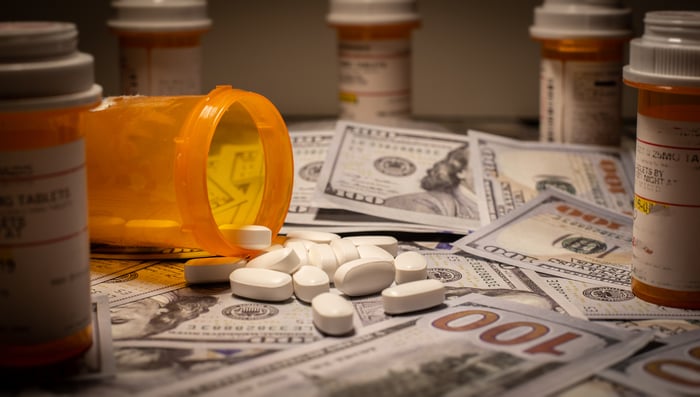 Although BioCryst has one drug on the market, flu treatment Rapivab, the company is essentially still a clinical-stage biotech.

That said, it recently filed for regulatory approval to market its drug berotralstat, which treats hereditary angioedema (deep swelling of the tissue under the skin). However, the company effort that has attracted the most interest is galidesivir, an early clinical-stage drug that might be effective in treating the SARS-CoV-2 coronavirus that's spreading around the world.

As with many biotechs, BioCryst's share price has swung around violently at times, and investor caution and care is warranted. On Thursday, it rose by 5%, exceeding the gains of the broader market.