Please ensure Javascript is enabled for purposes of website accessibility
Log In Help Join The Motley Fool
Free Article Join Over 1 Million Premium Members And Get More In-Depth Stock Guidance and Research
By Will Healy – Apr 2, 2020 at 8:19AM

Nobody knows how significantly coronavirus will affect the ad spending Alphabet relies on.

The effects of COVID-19 have not left tech stocks like Alphabet (GOOGL -1.81%) (GOOG -1.86%) unscathed. Two analysts recently lowered their forecasts for the Google parent due to an expected drop in ad revenue. This comes after companies such as Twitter backed away from guidance amid the decline in advertising spend. While short-term uncertainty in ad spending will likely not change the long-term outlook on Alphabet stock, investors may have to brace for lower profits in the near term as the world economy works through the economic effects of the pandemic.

The analyst believes the ad environment will likely remain weak until at least the fourth quarter of 2020. He also notes "murky" visibility on exactly when a comeback will take place. 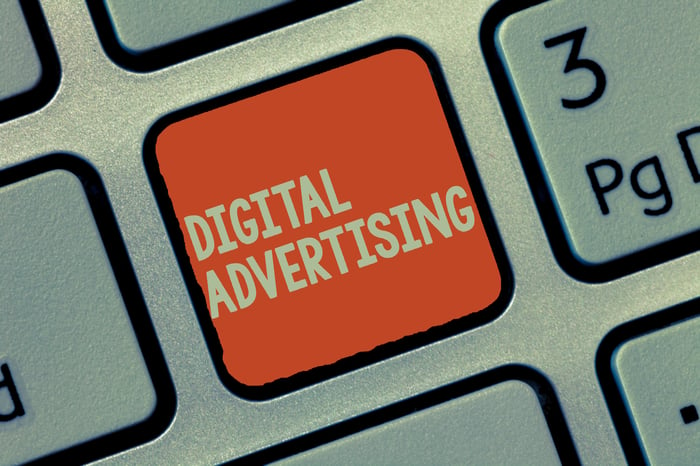 Alphabet is a company not accustomed to seeing earnings declines. The company, then known as Google, Inc., came through the 2008 financial crisis largely unscathed. Earnings rose by only 0.2% in 2008, but double-digit growth resumed in 2009.

The Google parent will probably not avert a drop in profits this time. Today, Alphabet has become a mature company, lagging only Amazon, Apple, and Microsoft in market cap as of this writing. Moreover, Alphabet has involved itself in enough new ventures that it has become more of a conglomerate than a mere search and advertising company. Nonetheless, ads still made up about 83% of the company's revenue in 2019.

Also, while some analysts have made estimates, companies have avoided making predictions on how significantly ad revenue will fall. Alphabet has yet to comment on this issue. In an interview with Bloomberg, Facebook COO Sheryl Sandberg declined to speculate on the effects, stating that nobody knows the size of the impact.

Furthermore, investors must remember that Alphabet has no way to compensate for the lost revenue immediately. Its life-sciences subsidiary, Verily, may be working on a coronavirus-testing triage tool, but it remains unknown whether this will add to earnings. The fact that the company does not break down Verily's revenue in its quarterly reports strongly indicates that it remains a small percentage of Alphabet's revenue.

Alphabet is still a good investment

Fortunately, none of this affects the case for owning Alphabet stock. Investors should remember that both analysts maintained their buy rating on Alphabet and the target of $1,350 per share remains well above the $1,140 per share where it trades at the time of this writing. However, since Alphabet has fallen from a $1,530.74-per-share high in mid-February, investors can buy at a substantial discount to that price.

The average analyst estimate for fiscal 2020 income still stands at $50.88 per share. For now, that comes in higher than the $49.16 per share in net income Alphabet reported in 2019. Investors should assume from the more recent estimates that the consensus forecast will fall further. This places the forward P/E ratio at around 20.3 for now, though falling earnings estimates may take this multiple higher.

Furthermore, Alphabet maintains one of the most robust balance sheets in corporate America. The conglomerate's cash hoard stood at $119.68 billion at the end of 2019. Given Alphabet's liquidity, the $45.22 billion in long-term debt is not large enough to pose any apparent threats to its stability.

With little economic activity amid the coronavirus outbreak, Alphabet's advertising revenue looks poised for a significant but not surprising swoon. If the predictions by Squali and White are close to accurate, profits will not return to 2019 levels until at least next year. However, with an expected rebound in 2021 and a solid balance sheet, investors have the opportunity to invest in Alphabet at a substantial discount.