Please ensure Javascript is enabled for purposes of website accessibility
Log In Help Join The Motley Fool
Free Article Join Over 1 Million Premium Members And Get More In-Depth Stock Guidance and Research
By Daniel B. Kline – Apr 2, 2020 at 3:44PM

The company's CEO responded to complaints and new concerns.

Zoom (ZM -0.20%) CEO Eric S. Yuan has acknowledged in an open letter that quick growth due to heavy demand has exposed security flaws in his company's platform. He promised to address them and has directed all the company's development work into security and privacy, pausing all new feature development.

The company has seen its audience jump from 10 million users in December to 200 million in March. That's obviously because coronavirus has led to so many people working from home who wouldn't have otherwise, as well as a massive increase in schools using the platform. 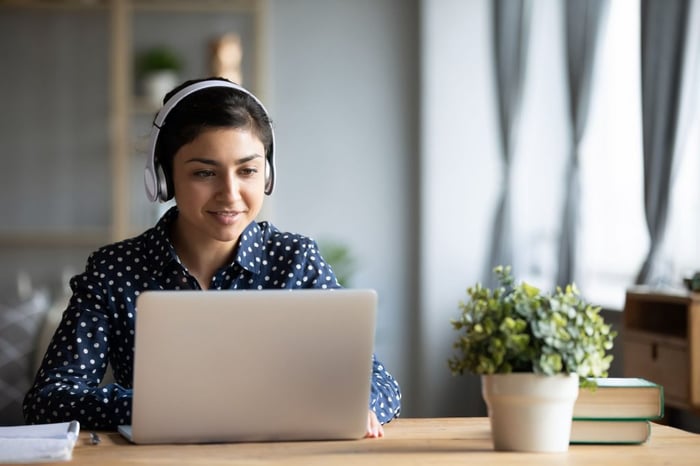 What is Zoom doing?

Yuan accepted responsibility and provided some context. He noted that Zoom had primarily been used by "enterprise customers – large institutions with full IT support." That's not the case for many of its new customers.

"We did not design the product with the foresight that, in a matter of weeks, every person in the world would suddenly be working, studying, and socializing from home," he wrote. "We now have a much broader set of users who are utilizing our product in a myriad of unexpected ways, presenting us with challenges we did not anticipate when the platform was conceived. "

He also laid out the steps the company is taking to address these concerns. These include offering a number of training tools while adding customer support personnel to decrease wait times. Zoom has also disabled some features temporarily and has updated its privacy policy.

"Over the next 90 days, we are committed to dedicating the resources needed to better identify, address, and fix issues proactively. We are also committed to being transparent throughout this process," the CEO added.

Yuan could not have foreseen his company growing this fast, nor could he have expected the type of new users that have signed on. However, he and his company have very aggressive in addressing the concerns being raised. He's making smart decisions in how Zoom is directing resources, acting as a decisive leader, owning up to problems, and taking steps to solve them.