Please ensure Javascript is enabled for purposes of website accessibility
Log In Help Join The Motley Fool
Free Article Join Over 1 Million Premium Members And Get More In-Depth Stock Guidance and Research
By Mark Prvulovic – Updated Apr 3, 2020 at 6:44AM

With everything going on in the markets right now, which of these two biotech stocks is the better investment?

Biotech stocks have had a turbulent first quarter this year, to say the least. With the COVID-19 pandemic continuing to escalate, many companies have jumped on the chance to develop a potential treatment. At the same time, it's easy to overlook biotech companies that are staying out of the COVID-19 market for one reason or another.

Both Gilead Sciences (GILD -1.43%) and Biogen (BIIB -1.42%) are biotech giants with plenty of good things going for them. However, they are different in many ways as well, including the fact that one of them has a promising COVID-19 treatment in the works and the other could have a blockbuster Alzheimer's treatment on the horizon.

Let's take a look at which of these companies is a better investment at this time -- if you had to choose between the two. 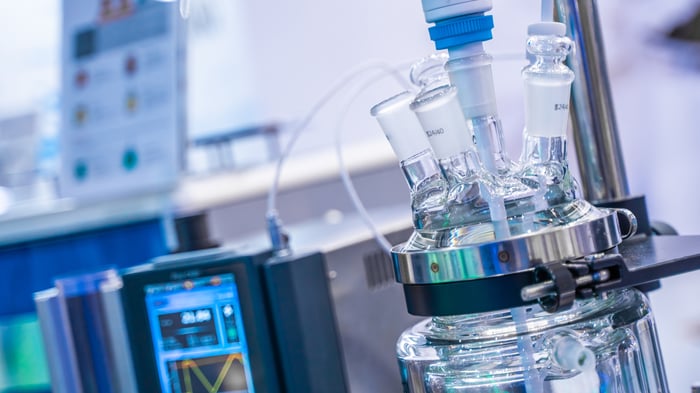 What Gilead has going for it

If you've been paying attention to COVID-19, you might know that one of the leading potential treatments out there is being developed by Gilead. The company's former Ebola candidate, Remdesivir, ended up showing strong initial success as a potential antiviral treatment to mitigate COVID-19 symptoms, with the results published in the New England Journal of Medicine (NEJM).

Riding high on the drug's promising potential, Gilead has quickly entered into multiple clinical trials to further test Remdesivir's effectiveness. This includes two phase 3 trials in China, two more phase 3 trials in Asia, and another early-stage trial in the U.S. on behalf of the National Institute of Allergy and Infectious Diseases (NIAID).

However, things are far from certain for Gilead. For starters, the drug faces potential competition from other antiviral drugs. This includes the former malaria drug chloroquine, which has been touted by the Trump administration for its potential. More importantly, there's a lot of uncertainty surrounding how these clinical trials from Gilead will turn out.

Earlier in March, one scientific paper published without peer review looked at 12 U.S. patients with COVID-19. Only three of these were treated with Remdesivir, but the results didn't show the same promising improvements reported in the case mentioned by the NEJM. As such, some Wall Street analysts are skeptical about whether Remdesivir will be the success that many hoped it would be.

"Based on our review of the clinical and virological courses, we believe Remdesivir's contribution to efficacy remains unclear, and with a side-effect profile that may not be completely benign. We continue to see a less than 50/50 possibility that the drug is ultimately proven effective," wrote analysts from RBC Capital Markets in response to the results. Investors will be awaiting further clinical trial results from Gilead, which are expected to come out in the upcoming weeks.

However, even without Remdesivir, Gilead still has a strong business. The company is a leader in the global HIV market, boasting the world's top prevention pill, Truvada, alongside a plethora of other fast-growing HIV blockbusters. In 2019, total product sales came in at $22.1 billion, with total HIV product sales accounting for $16.4 billion of the company's total revenue. HIV sales have increased by a solid 12% over the past year.

This is pretty impressive revenue growth for a company with a market cap of $95 billion. In addition, Gilead offers a 3.6% dividend yield, which is a delightful bonus on top of everything the company has going for it right now. 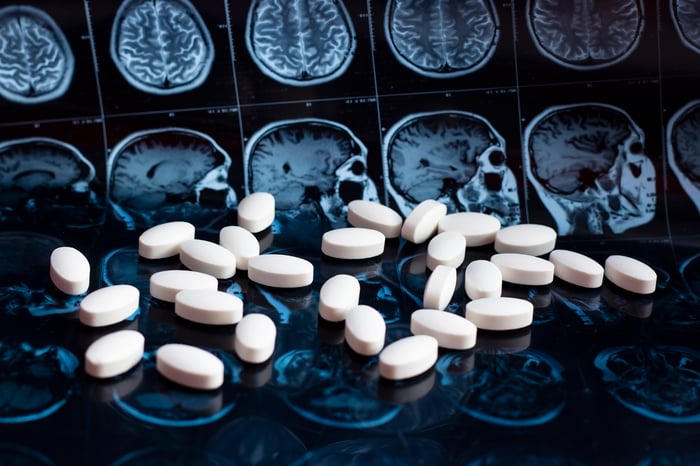 What's the case for Biogen?

Biogen might not be involved in developing a COVID-19 treatment, but it still has a lot going for it. Most of its business comes from the sale of its multiple sclerosis drugs, which include Tecfidera, Avonex, and Tysabri. Plus, Biogen's spinal muscular atrophy drug Spinraza continues to be a major revenue driver, and the company's biosimilars business is doing well, although revenues in this area are smaller.

Although Biogen is a relatively cheap stock in comparison to other biotech companies, it has certain drawbacks. In particular, revenue growth appears to have ground to a halt for its multiple sclerosis business. Over the past year, sales from Biogen's top business have increased by only 2%. While Spinraza's annual growth has been strong -- about 22% -- its sales are still only a fraction of what Biogen's multiple sclerosis segment produces.

That's not to say that Biogen doesn't have some promising things going for it as well. Most notably, Biogen is working on a potential Alzheimer's treatment called aducanumab. As many as 5.8 million Americans are living with Alzheimer's, and the total market size for Alzheimer's therapies is expected to reach $12.4 billion by 2026. With so few drugs that can effectively treat the condition, Biogen could hit a serious home run should aducanumab turn out to be a success.

However, this is far from a certainty, especially because the drug has a complicated history. At one point, Biogen decided to stop further clinical trials because of poor initial results. However, further data analysis proved that aducanumab actually did demonstrate statistically meaningful improvements in patient cognitive function. While this sudden turnaround was a big deal for the company, Biogen still needs much more positive clinical results if it hopes to convince the U.S. Food and Drug Administration (FDA) to approve the drug for use. The company remains quite optimistic that this will indeed be the case in the future.

When looking at revenue growth, Biogen holds the edge. However, the picture is a bit more complicated than it first appears. Although Biogen reported higher total sales growth of 7%, its core multiple sclerosis segment is seeing revenue growth slow down significantly. In comparison, Gilead's total revenue growth between 2018 and 2019 was about 2%. On the other hand, its core HIV business has seen double-digit growth, making up for slowdowns in Gilead's other segments.

If this trend stays the same, that would suggest that Gilead's revenue growth will end up growing in the next few years while Biogen's should decrease. It might not mean as much right now, but it paints a better long-term picture for Gilead's outlook than its 2% 2019 total revenue growth would otherwise suggest.

Both Biogen and Gilead have a lot of things going for them. But I would give a slight edge to Gilead right now. Gilead's strong pre-existing HIV business is showing significant growth, and if it stays the course for the next few years, it will push Gilead's overall revenue growth into the positive. That's not to mention the company's attractive 3.7% dividend, as well as the extra revenue to be found from Remdesivir as a COVID-19 treatment.

Biogen, on the other hand, has seen revenue from its core business slow down. With no dividend to offer, growth prospects rest with either Spinraza, which is still a small portion of the company's overall business, or hitting a home run with aducanumab -- something that's still uncertain.

Both of these companies are still good stocks. However, Gilead seems to be the better pick at the moment.