Please ensure Javascript is enabled for purposes of website accessibility
Log In Help Join The Motley Fool
Free Article Join Over 1 Million Premium Members And Get More In-Depth Stock Guidance and Research
By Adria Cimino - Updated Apr 3, 2020 at 7:45AM

These companies -- a medical device maker and a consumer goods player -- have what it takes to offer long-term revenue growth.

The coronavirus outbreak pushed stocks into a bear market in March, but these sharp declines do offer us opportunities to buy shares of otherwise healthy companies that may lift our portfolios in the long term. Though 2020 looks foggy for everyone at the moment, the following two stocks had the pre-crisis profit and revenue to make them solid post-crisis bets. 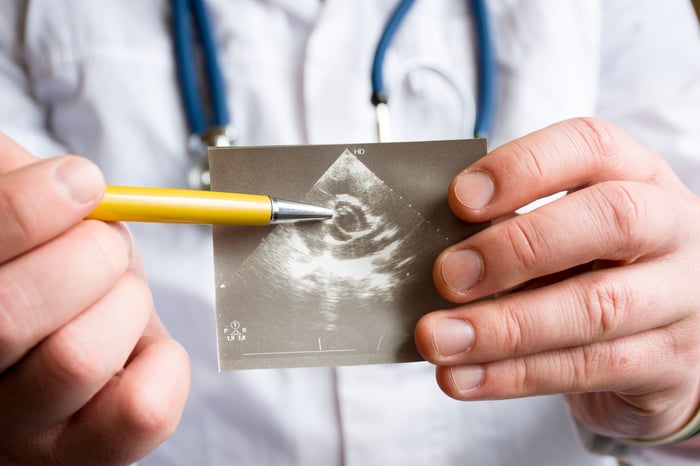 As hospitals struggle to handle the influx of coronavirus patients, doctors have postponed elective surgeries to free up resources. That means less revenue in the quarter for medical device companies that supply equipment for those procedures. Edwards Lifesciences (EW 1.21%) may have an advantage, though. The company generates 61% of its sales from transcatheter heart valve therapy -- the repair and replacement of heart valves through a catheter instead of a more invasive surgical procedure. Even in the current health crisis, heart valve replacements are less likely to be postponed than elective services that don't involve a vital organ. That's good news for revenue in the current quarter -- and means the company may be able to continue the growth we've seen in previous quarters.

Edwards Lifesciences posted a 30% gain in transcatheter aortic valve replacement (TAVR) sales in the fourth quarter, and the company said selling prices remained stable. Overall, fourth-quarter sales rose 20% to $1.2 billion. Edwards Lifesciences expects 2020 sales of $4.6 billion to $5 billion, which represents a gain of as much as 16% from 2019's level. The company has reported growth in adjusted net sales and earnings per share since at least 2015. In March, a report examining results two years after a TAVR trial with the company's Sapien 3 valve showed favorable outcomes for low-risk patients over surgery. The U.S. Food and Drug Administration (FDA) cleared the valve in August.

Like its peers, Edwards Lifesciences has paused new enrollments in clinical trials because of the COVID-19 outbreak, but effects on the company should be limited. Shares of Edwards Lifesciences have been unjustly punished, falling 22% since the start of the year. In March, they dropped to their lowest level in relation to earnings since 2017, offering investors a buying opportunity for a company with solid growth prospects.

Starbucks (SBUX -1.32%) closed 80% of its stores in China during the coronavirus outbreak there, and said in a recent filing that second-quarter revenue in China may fall by $400 million to $430 million due to the outbreak. As for earnings per share, the negative effect will be in the range of $0.15 to $0.18 per share on a GAAP and non-GAAP basis. Though 90% of Starbucks outlets in China are back in business, Starbucks now has moved to a drive-through only model in the U.S. -- the company's biggest market -- and Canada. Though this "to go" model should maintain revenue to a certain degree, it's unlikely Starbucks will come through the crisis unscathed.

That said, this rough patch is likely to be temporary. Customer loyalty and a track record of revenue make me optimistic for the future. Starbucks has taken the top spot on Foursquare's Quick Service Restaurant Loyalty Index for the past three years. The coffee giant ended the fiscal 2020 first quarter with 18.9 million active members, for a 16% gain over the prior year. This leads me to believe coffee drinkers will be back after the crisis is over. And Starbucks's loyalty program -- which offers freebies after a certain level of spending -- may keep customers coming even as a weakened economy weighs on purchases.

Starbucks has a track record of steady annual revenue increases, reporting gains most years since the shares began trading in 1992. The shares reached an all-time high last year, and it's reasonable to assume they will return to those levels once the crisis and its effects have passed. Starbucks shares are down 25% this year and trading near their lowest since 2018 in relation to earnings. This makes a reasonable entry point for a company that has proven its ability to offer long-term growth.