The coatings industry is always going to be cyclical, and that's what's hurting Axalta right now.

Shares in Axalta Coating Systems (AXTA -1.54%) fell a whopping 30.7% in March, according to data provided by S&P Global Market Intelligence. Frankly, the stock's performance has been both surprising and somewhat inevitable at the same time. 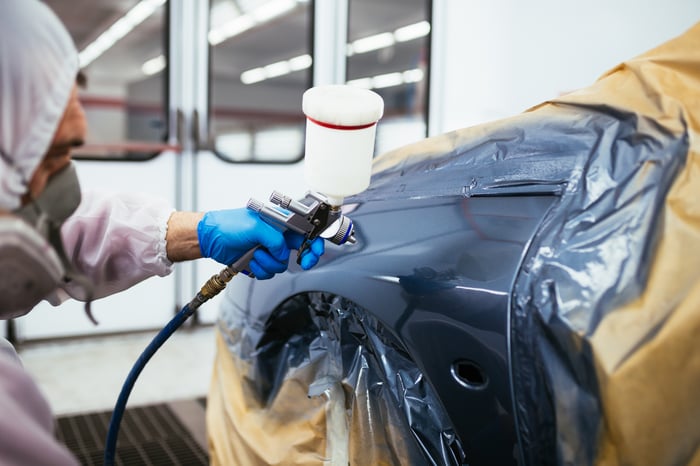 A decline was inevitable. It became clear as the month progressed that the COVID-19 outbreak was internationalizing from its origin in China and turning into a global pandemic that was going to hit the industrial sector in a major way. In such an environment, it's not surprising to see paintings and coatings getting hit. After all, if factories are cutting back on production, they won't need to buy coatings, and if economic activity is being cut back, there will be less demand for refinishing.

The chart below shows how all the leading players took a major hit as the month progressed. 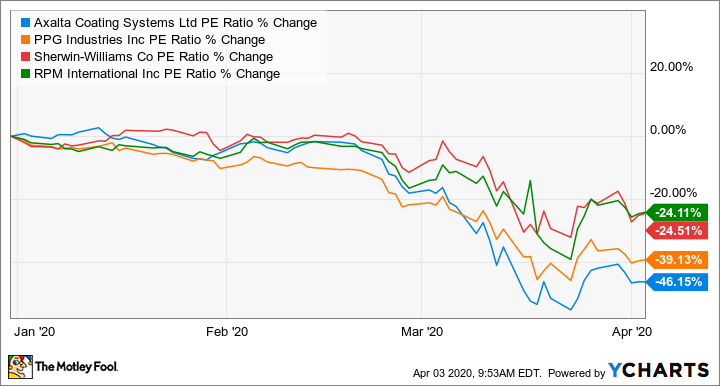 However, what's somewhat surprising is that Axalta fell the most. It's true that Axalta has heavy exposure to the troubled automotive markets -- it's the second-biggest player in the global light vehicle coatings market -- but it's worth noting that around 37% of its sales come from the refinish market. That's important, because it's a market that you might expect to rebound first when the economy starts to recover from the COVID-19 pandemic; people will still need to drive cars and repaint them.

It seems that the market is, understandably, concerned by the near-term impact of global production shutdowns on the coatings market and in particular with Axalta's exposure to the transportation market. In addition, investors hoping to profit from a sale of the business would have been left disappointed by the conclusion of Axalta's strategic review.

Axalta has already withdrawn its full-year earnings guidance and taken action to reduce its cost structure in response to declining demand.

Axalta is exactly the kind of cyclical stock that's going to recover strongly should the economy recover quickly from the sudden cessation in activity caused by measures taken to contain the coronavirus. In addition, its substantial refinish revenue means it has relatively less risk in an upturn than, say, Sherwin-Williams with its housing exposure or PPG with its overall industrial exposure.

That said, to buy the stock, you need to be confident that the economy will avoid a lasting recession, so it's definitely not one for the cautious investor.