A ruling that invalidated Amarin’s patents means generic competition for its cardiovascular drug may be right around the corner.

When the U.S. Food and Drug Administration approved a widened use for Amarin's (AMRN 1.36%) cardiovascular drug Vascepa in December, hopes were high that it could turn into a blockbuster. However, a court ruling may have burst that bubble this week. Amarin shares sank 70% after a federal judge invalidated several patents pertaining to the drug. That means generic competitors may enter the market and take a piece of the pie sooner rather than later. 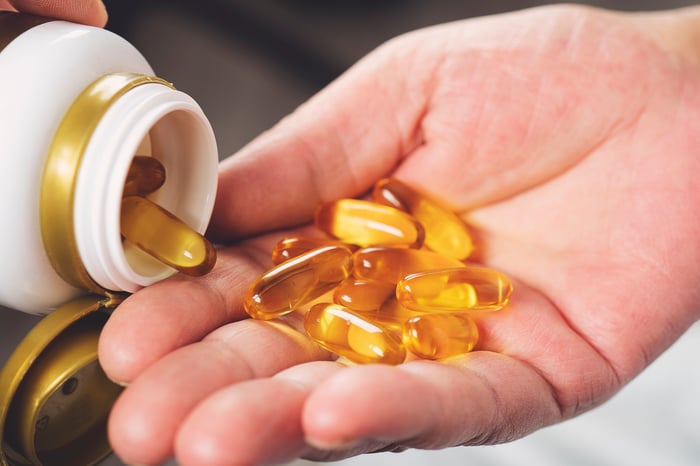 In the case, Amarin sued Hikma Pharmaceuticals (HKMP.F -0.29%) and Dr. Reddy's Laboratories (RDY 1.71%), which are seeking approval of generic versions of Vascepa. The judge determined that Hikma and Dr. Reddy's actually infringed on Amarin's patents. But here's the key point: The judge ruled the Amarin patents are invalid because the claims are "obvious." In patent cases, "obviousness" means that other experts in the field could have easily created the particular invention based on common knowledge of the subject.

Though the FDA hasn't approved a generic competitor, following the ruling, Hikma said it is working closely with the regulatory body to gain approval for its product. It is even considering an "at-risk" launch in case of an appeal. During an "at-risk" launch, a generic drugmaker begins selling its generic product while it is still involved in litigation. If the generic drugmaker loses the case, it must stop selling the drug and pay damages from sales of the drug during that period.

Amarin said it will appeal the decision and would seek an injunction pending the appeal if a generic were to be approved. The decision applies to sales in the U.S. only. Vascepa was recently approved in Canada, and Amarin is seeking approval in Europe.

Vascepa isn't an entirely new product. Amarin has been selling the fish-oil-derived product since 2013 to reduce triglyceride levels in patients with severe hypertriglyceridemia, a condition associated with coronary artery disease. Sales of Vascepa lifted the company's net revenue in the fourth quarter 85% to a record $143.3 million.

In December, the FDA expanded the drug's use, making Vascepa the first FDA-approved drug with an indication for reducing cardiovascular risk in high-risk patients who are treated with a drug class known as statins. Statins are often the first treatment doctors prescribe to lower cholesterol and triglycerides, another type of fat found in the blood. According to drugs.com, more than 35 million people in the U.S. take statins to lower cholesterol, but a study in the online journal Heart showed that more than half of patients on statins don't attain healthy cholesterol levels after two years on the medication. That means doctors may welcome the addition of Vascepa to regimens.

With the broader label, Amarin predicted sales would eventually reach "multiple billions of dollars." That means blockbuster status. However, this scenario considered generic competition much farther down the road -- when patents expire in 2030.

Now, investors are wondering whether these blockbuster dreams are over -- it will depend on the appeal. If Amarin prevails, the drug could be on the path to blockbuster sales as planned. But if the appeal maintains the initial ruling, chances of Vascepa reaching blockbuster status seem slim.

Here's why: When lower-cost generic options enter the market, sales of the original branded drug drop. Drugs may lose as much as 90% of their sales when a generic comes to market, FiercePharma reported. And a study published by the National Center for Biotechnology Information showed the example of Pfizer's blockbuster Lipitor falling from about $10 billion in revenue to $4 billion after patent expiration.

The latest ruling clearly isn't good news for the company or the stock. First of all, Amarin's decision to appeal means ongoing legal costs. Though Amarin had $644.6 million in cash and cash equivalents, its highest ever, as of Dec. 31, an ongoing legal battle is never good.

Most bothersome, though, is this introduction of a major question mark about Vascepa's future revenue. It's impossible to draw up a clear picture of where Vascepa will be in the next few years. Right now, the company has market exclusivity, which is good, but as long-term investors, we look for visibility beyond the immediate. Many drug companies face patent litigation and may lose product exclusivity as a result, but what makes me particularly nervous here is that Vascepa is Amarin's only product. Until Amarin develops a new product, hopes for revenue depend on Vascepa -- and this litigation.

I've written before that Vascepa had blockbuster potential, but its fate would depend on the patent suit. Now we have an answer. Before the launch of generic competitors, Vascepa might have a chance to reach blockbuster level sales. But if Amarin doesn't prevail in the appeal, that level of sales will likely be short-lived.