Please ensure Javascript is enabled for purposes of website accessibility
Log In Help Join The Motley Fool
Free Article Join Over 1 Million Premium Members And Get More In-Depth Stock Guidance and Research
By Adria Cimino - Jan 28, 2020 at 7:00AM

Vascepa has a good chance of being a blockbuster, but an upcoming patent decision will have the final word.

Amarin (AMRN -3.52%) stock climbed 58% last year, and that could be just the beginning. A new indication for its already-marketed drug could be a game changer for the company and its investors.

The average analyst price target predicts an upside of 50% from its current price. That and the possibility of the company attracting a big pharma buyer -- eager to scoop up a potential blockbuster product -- are two reasons to be optimistic from the investment perspective. 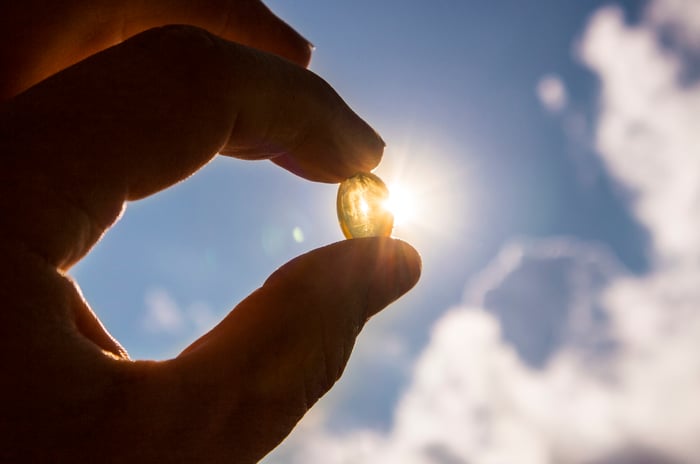 So let's talk a little more about the reason behind the excitement. Since 2013, Amarin has been selling a fish-oil-derived pill called Vascepa, which the Food and Drug Administration approved to reduce triglyceride levels in patients with severe hypertriglyceridemia. The condition is associated with coronary artery disease. As it stands, Vascepa, Amarin's only marketed drug, has been a good reason to take a closer look at the company. In a preliminary report of 2019 performance earlier this month, Amarin said total net revenue leaped about 85% from the prior year to land at or above the company's guidance of $410 million to $425 million.

Patients in the millions

News in December paints an even brighter picture: The FDA approved a widened use for the drug, greatly increasing the revenue outlook.

The move makes Vascepa the first FDA-approved drug with an indication for reducing cardiovascular risk in high-risk patients who are treated with statins. The drug would be prescribed along with statin therapy, and Amarin said the target patient population is in the millions. According to drugs.com, more than 35 million people in the U.S. take statins, which are meant to lower cholesterol and therefore heart disease risk. A study in the journal Heart showed that more than half of patients on statins don't attain healthy cholesterol levels after two years on the medication.

Considering these figures, it's likely that doctors will be receptive to this new treatment option. That said, the potential won't be immediately reflected in Amarin's sales. Often, the patient who might be a good candidate for Vascepa sees their doctor once or twice a year, so it might take a year or more before it's clear how many patients are adopting this new treatment.

Billions of dollars in sales

With the new broader label for Vascepa, Amarin predicts 2020 total net revenue in the range of $650 million to $700 million, but beyond that point, the company forecasts that sales will eventually reach "multiple billions of dollars." That means blockbuster status, and that is what strengthens the case for interest from a bigger pharmaceutical company seeking to add a new product to its portfolio -- especially in an area such as cardiovascular with a market value expected to reach $146.4 billion by 2022. Big pharma companies are always on the lookout for new blockbusters to compensate for losses when their own blockbuster drugs go off patent and generics carve a chunk out of sales.

And speaking of the threat from generics, one key catalyst for Amarin's future is in progress now. Hikma Pharmaceuticals (HKMP.F 2.30%) and Dr. Reddy's Laboratories (RDY 1.67%) are challenging Amarin's patents, and Endpoints News cited a Jefferies report predicting a decision in March or April. SVB Leerink analyst Ami Fadia wrote in a note that an Amarin victory was likely. There is also the possibility the companies will reach a settlement ahead of a decision. In any case, this pending litigation will likely weigh on Amarin's ability to attract a buyer right now, and it could impact your decision to buy the shares now or later.

Can Amarin make you a millionaire?

Once the patent issue is resolved -- and if it is in Amarin's favor -- Amarin shares could be a profitable investment due to the vast market for this new indication and the fact that it doesn't face any major competition in the near future. This month, AstraZeneca (AZN 3.80%) discontinued its phase 3 trial for would-be competitor Epanova, saying the treatment was unlikely to benefit patients with increased risk of cardiovascular disease.

However, "profitable investment" doesn't necessarily mean buyers will make millions. Considering Amarin's current stock price and consensus estimates for gains, in the next year or so it's likely that only investors who buy tens of thousands of shares may find themselves Amarin millionaires.