Even if everything goes right, the cruise ship operator just gave institutional investors a deal that regular shareholders couldn't get.

The coronavirus pandemic has crushed the travel industry, and cruise ship operators in particular have been among the hardest-hit companies from stay-at-home orders. Having had to shut down their operations, many cruise companies have needed to ask for assistance and are fighting for their financial survival.

Last week, Carnival (CCL 0.09%) successfully raised cash in the public markets, finding investors willing to pay $500 million in cold, hard cash for 62.5 million shares at $8 per share. With the stock having traded above $50 as recently as January, the secondary offering was a sobering reminder of just how far the cruise ship industry has fallen. 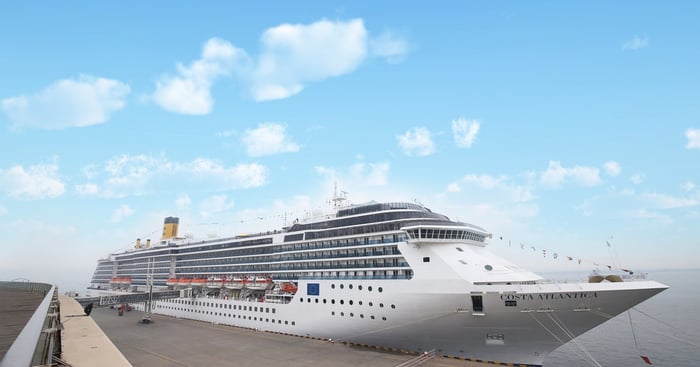 Looking to the bond market

Carnival's stock offering was a tough sell, especially coming at the time of maximum uncertainty for the cruise industry. With no clear sense of when ships might be able to sail again, it's tough for investors to guess how long Carnival will have to deal with its current rate of cash burn without any revenue to pay for it. In that environment, raising $500 million in cash from a stock sale might seem like a huge success, even at the prices it had to accept.

Yet many investors overlooked the larger amounts of cash that Carnival raised from offerings in the bond market. It issued two different bonds through private offerings to major institutions:

What Carnival's capital moves say about its finances

More than the stock sale, these two bond offerings showed just how desperate Carnival is for cash. In the case of the 11.5% bonds (more than 11 percentage points higher than comparable Treasury bonds), the only way Carnival was able to get even those rates was to offer first-priority liens on nearly all of its valuable assets. Those include mortgages on its vessels, pledges on inventory and casino equipment, and liens on other financial and intellectual-property assets. Although shareholders already had little hope of getting any recovery from those assets in the event of a liquidation or bankruptcy filing, the additional liens have made that hope disappear entirely.

Even worse for shareholders was the convertible debt offering. In the event that Carnival stock does recover, bondholders will be able to convert their bonds into stock at $10 per share. That's potentially another 175 million shares of stock on the open market, and that will significantly dilute a capital base that included less than 700 million shares as of the end of February.

To understand the math, consider what would happen if investors decide in the future that Carnival deserves the same $35 billion market capitalization it had in early January. With 62.5 million new shares in the stock offering and the potential for 175 million more shares from conversion of the bonds (plus overallotment allowances that Carnival gave to underwriters), there could be more than 950 million shares outstanding by then. That would take the stock price only up to between $35 and $40 per share, far below its $52 high.

With the capital infusion, it looks more likely that Carnival will be able to survive as a viable business without more draconian measures like bankruptcy. That's good news for shareholders, but it comes at the cost of some of the upside that would-be value investors have even if Carnival does manage to claw its way back.