Meanwhile, the company is adopting numerous measures to mitigate the financial damage of the coronavirus outbreak.

With the SARS-CoV-2 coronavirus continuing to spread around the world, now is not an ideal time to be in the restaurant business. The latest indication of this is an update from sturdy eggs-and-pancakes slinger Denny's (DENN -0.70%), which provided a gloomy forecast for the immediate future of its business in a regulatory document filed on Tuesday.

In its update, Denny's said that in the present environment, it now expects comparable-restaurant sales will decline by around roughly 6% on a year-over-year basis in its just-completed first quarter. 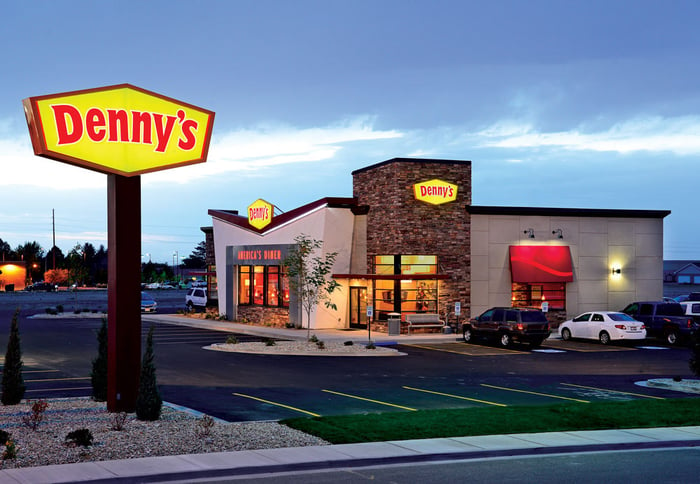 Although "comps" rose by 2% in February, they fell precipitously (by 19%) in March as the closures of "non-essential businesses" -- such as dine-in restaurants -- were mandated throughout the U.S. The company said that the vast majority of its restaurants have switched to take-out and delivery only. However, the loss of steady dine-in restaurant traffic is going to hurt.

Denny's did not proffer guidance for the full fiscal year in its filing.

It did detail a number of cost efficiency measures it was adopting to cope with the current reality, however.

Among other actions, its top executives, including the CEO and CFO, have had their base salaries reduced (although Denny's did not specify by how much). In the lower ranks, the company has enacted work-reduction furloughs. It has also suspended all travel and mandated a hiring freeze. Finally, the company is deferring all planned restaurant remodeling projects.

This active response seemed to win the approval of investors. On Tuesday, Denny's shares closed the day 2.3% higher, which bettered the general slump of the broader equities market and numerous consumer goods stocks.