The retailer has no current timetable for reopening.

The TJX Companies (TJX 1.27%), parent company of off-price retailer brands like T.J. Maxx, Marshalls, Sierra, HomeGoods, and others, announced in an SEC report that it plans to furlough many of its workers starting this Saturday, April 11. Many of its executives will also take temporary pay cuts of 20% to 30%.

The company is taking these measures in response to the ongoing COVID-19 pandemic and its associated shutdown of work and retail across the United States. Its share value sank by 20% in March following the closure of its stores. 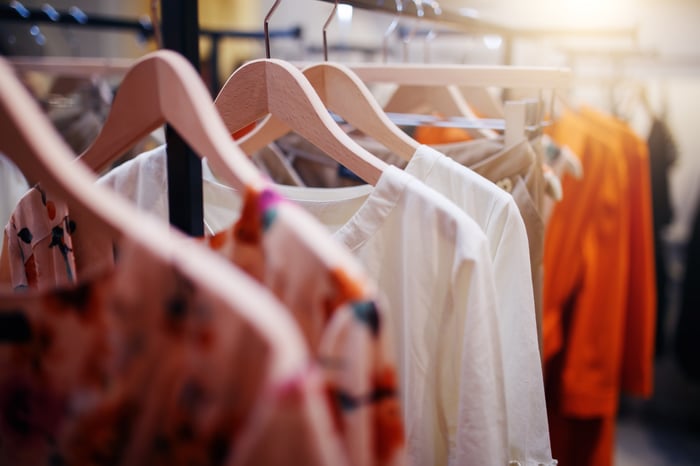 Originally, TJX planned a two-week shutdown, and continued paying its associates after sending them home from the closed outlets. However, with the outbreak still in progress and at least several more weeks of quarantines and similar measures ahead, TJX made the decision to temporarily furlough "the majority of store and distribution center Associates in the U.S." without pay. These individuals will continue to get other benefits, presumably including health plan coverage, until work resumes.

TJX has no set schedule for store re-openings, given the many unknowns confronting it and other retailers during the pandemic. It says that it is ready to do so at the earliest safe date, and reopening dates will probably vary by state, depending on local conditions and the rules laid out by the authorities there.

Two of the retailer's top executives, CEO Ernie Herrman and Executive Chairman Carol Meyrowitz, are taking a 30% reduction to their base salaries. Other executives are taking a 20% cut to base pay, while the cash retainer fees of the Board of Directors will be reduced by an unspecified amount.