Please ensure Javascript is enabled for purposes of website accessibility
Log In Help Join The Motley Fool
Free Article Join Over 1 Million Premium Members And Get More In-Depth Stock Guidance and Research
By Eric Volkman - Apr 8, 2020 at 10:02AM

Marijuana company Harvest Health & Recreation (HRVSF) released its fiscal fourth-quarter figures on Tuesday, and there was good news on the revenue front.

On a non-IFRS (adjusted) EBITDA basis, Harvest Health lost just over $6.8 million in the quarter, representing a flip from Q4 2018's adjusted profit of nearly $2.4 million, but a narrower adjusted loss than the preceding quarter's $10.9 million. 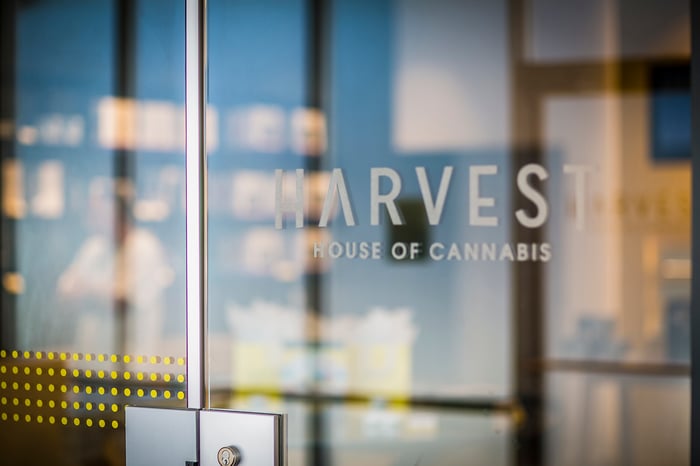 Analysts' forecast estimates for Harvest Health's revenue were not readily available. According to data compiled by The Wall Street Journal, the prognosticators' average estimate for the cannabis company's bottom-line net loss was only $0.06 per share.

Harvest Health provided the barest wisp of guidance in its earnings release, saying only that sequential revenue growth for its recently completed Q1 is expected to be similar to that of Q4. CEO Steve White also revealed, in the conference call discussing Harvest's financial results, that it is in litigation with Interurban Capital Group.

This was a privately held company that Harvest effectively acquired in a nearly $86 million cash-and-stock deal that closed last month. Interurban's key asset was Have a Heart, a dispensary chain with 10 stores located in the Western U.S. White provided few details regarding the dispute, but did predict that Harvest will "ultimately prevail."

On Tuesday, in contrast to the broader stock market, which fell slightly, Harvest's shares gained 3.3%.