Please ensure Javascript is enabled for purposes of website accessibility
Log In Help Join The Motley Fool
Free Article Join Over 1 Million Premium Members And Get More In-Depth Stock Guidance and Research
By Anders Bylund – Apr 8, 2020 at 9:49AM

The foundation will start with COVID-19 relief efforts, then move on to supporting a variety of social issues around the globe.

Jack Dorsey, CEO of Twitter (TWTR -0.14%) and Square (SQ -3.79%), has formed a charitable trust from $1 billion of his personal wealth. The Start Small LLC vehicle will start out funding COVID-19 pandemic relief efforts around the world.

What Dorsey is doing

Dorsey announced the move in a tweet, as befits the co-founder and current CEO of microblogging service Twitter. The assets he committed consist of nearly 20 million shares of mobile payments processor Square, which works out to approximately 28% of Dorsey's total wealth. The value of this asset base will rise and fall with Square's share price, which has traveled largely sideways since the summer of 2018 but also tripled over the last three years.

Beating the coronavirus crisis would also boost the value of Start Small's remaining assets, allowing the fund to assist with other global issues.

"After we disarm this pandemic, the focus will shift to girl's health and education, and [universal basic income]," Dorsey wrote. He sees these areas as "the best long-term solutions to the existential problems facing the world." 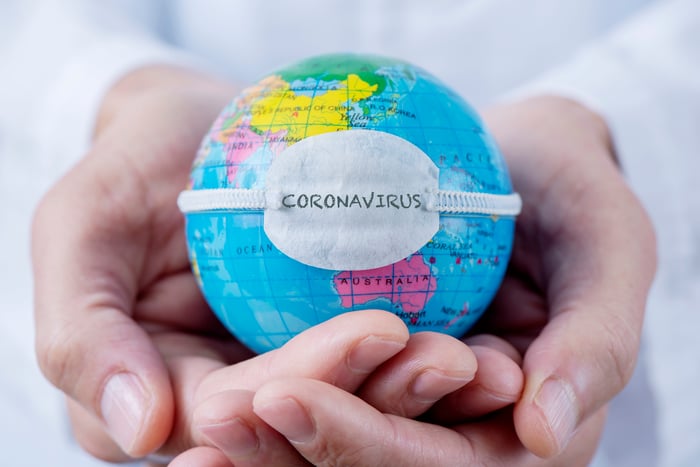 Dorsey also set up a public spreadsheet tracking Start Small's assets and actions. So far, the fund has committed $100,000 to America's Food Fund, a fundraiser organized by actor Leonardo DiCaprio, Steve Jobs' widow, Laurene Powell Jobs, and Apple. This fundraiser has collected $13.4 million so far, providing meals to people struggling under the economic pressures of COVID-19. Dorsey's spreadsheet includes a handy link to the fundraiser, making it easy to follow his lead and amplify the Start Small donation.

Dorsey tweeted about why he chose to use his Square stock rather than his Twitter stock for this endeavor: "I own a lot more Square. And I’ll need to pace the sales over some time. The impact this money will have should benefit both companies over the long-term because it’s helping the people we want to serve."