A wide rollout and a worldwide pandemic has helped boost the streaming service's numbers.

In these days of SARS-CoV-2 coronavirus lock-ins and quarantines, Walt Disney's (DIS -3.20%) streaming service is becoming a mighty force. The company announced Wednesday that Disney+ has surpassed 50 million paid subscribers around the world.

This is despite the fact that Disney+ is a relative newcomer on the streaming scene, having launched less than five months ago into a market already crowded with competitors including streaming giant Netflix. 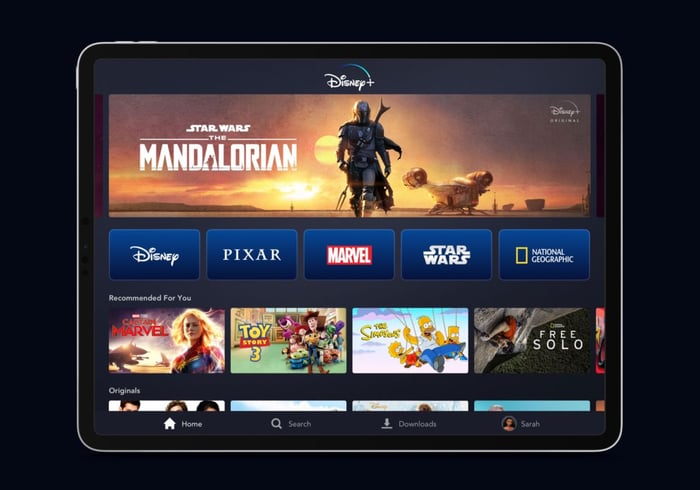 The rollout of Disney+ has been wide and thorough, however. The service has debuted in eight European nations within the past two weeks, including relatively well-heeled and populous markets such as Germany and the U.K. And last week Disney introduced it in India, with its massive population of over 1.3 billion people.

Disney benefits from a library that has expanded considerably in short order. Disney+ has a wide range of offerings that include all films in the Star Wars, Marvel Cinematic Universe, and Pixar canon, plus its large catalog of classic self-branded content reaching back several decades. As with other streaming services, Disney+ can be accessed on a variety of platforms, including mobile devices and TVs.

In its recent press release, Disney said the service still has much potential in front of it. The company wrote that the subscriber milestone "bodes well for our continued expansion throughout Western Europe and into Japan and all of Latin America later this year."

Despite the seemingly encouraging news, Disney's stock fell marginally in Wednesday trading. That was in contrast to other top stocks and the more significant market indexes on the day.