Please ensure Javascript is enabled for purposes of website accessibility
Log In Help Join The Motley Fool
Free Article Join Over 1 Million Premium Members And Get More In-Depth Stock Guidance and Research
By Bram Berkowitz – Updated Apr 9, 2020 at 11:19AM

The new hires are being brought in to handle increased demand for loan modifications, forbearance requests, and customer relief.

Fifth Third Bancorp (FITB -0.58%), the holding company of Fifth Third Bank, based in Cincinnati, announced it will hire 950 new workers across the 10 states in which the bank operates. The new positions include 500 positions in the bank's retail division, 350 in mortgage sales and support positions, and 100 in operations. Fifth Third is offering a starting wage of $18 an hour.

The new employees are being brought in to handle increased demand for loan modifications, forbearance requests, and customer relief, according to American Banker. Some of the positions are existing jobs that have yet to be filled. Even so, the move would suggest the bank is operating from a position of strength, as many companies and banks have frozen hiring or laid off employees. 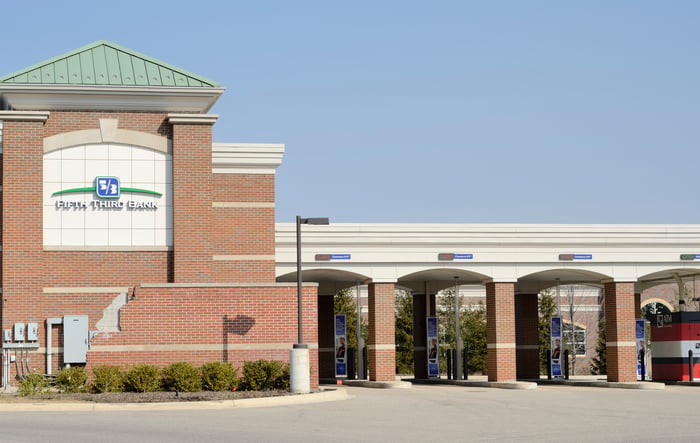 "Our Fifth Third customers and communities need us more than ever during these uncertain times, and we will continue to be here for them," Greg D. Carmichael, chairman, president and CEO of Fifth Third Bancorp, said in a statement. "I'm proud of the extraordinary service our employees are providing each day. We are looking to grow our team of professionals to serve these needs and to help provide critical employment opportunities so our communities can get back to work again."

The bank, which holds $169 billion in assets, had more than 19,840 employees at the end of 2019, according to its most recent update, and reported $2.5 billion in profits last year.