Please ensure Javascript is enabled for purposes of website accessibility
Log In Help Join The Motley Fool
Free Article Join Over 1 Million Premium Members And Get More In-Depth Stock Guidance and Research
By Keith Speights - Apr 9, 2020 at 7:00AM

But the company's restructuring could help it make progress on a path to profitability.

If it weren't for bad news, KushCo Holdings (KSHB) probably wouldn't have any news at all recently. The company experienced a very rough stretch in 2019 with health concerns about vaping. And now KushCo faces headwinds as a result of the COVID-19 pandemic.

KushCo announced its fiscal 2020 second-quarter results after the market closed on Wednesday. Anyone expecting overwhelmingly positive results after the company's long period of bad news was likely disappointed. Here are the highlights from KushCo's Q2 update. 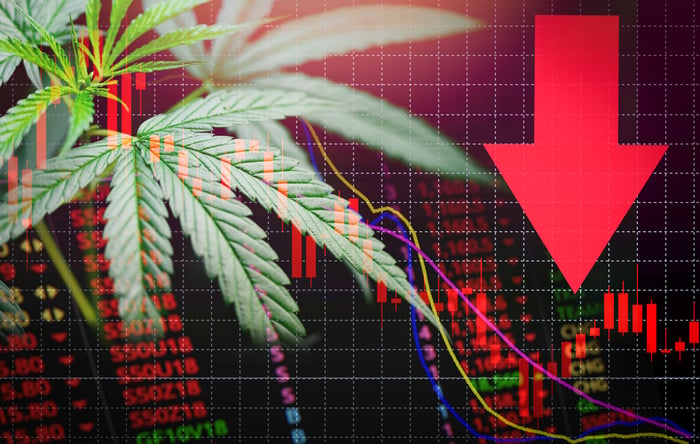 KushCo's net revenue fell 14% year over year to $30.14 million in the second quarter. The only silver lining in that dark cloud was that it narrowly topped the average analysts's Q2 revenue estimate of $30.13 million.

The main culprit behind KushCo's revenue decline in the second quarter was the continued impact of the vaping health concerns that emerged last year. The rebound for the company's vape products has been slower than KushCo expected.

KushCo launched its hemp trading business in November 2019. Although the company stated at the time that it thought the new business would boost profitability, the initial performance for the unit has been weaker than anticipated.

Then there's California, KushCo's biggest market by far. While the state has kept recreational marijuana stores open by declaring adult-use pot as an essential business, stay-at-home orders took a toll on KushCo's sales at the end of the second quarter, which ended on Feb. 29.

On a brighter note, KushCo did manage to boost sales considerably in several regions, including Canada, Illinois, Massachusetts, and Michigan. It also expanded its core customer base of larger cannabis companies.

KushCo co-founder and CEO Nick Kovacevich said that the company expects "revenues to be more stable and predictable going forward" due to its efforts to focus on core customers. However, don't look for a return to the heady growth rates of the past anytime soon.

The key thing for investors to look for is KushCo's progress toward achieving profitability. Kovacevich stated that the company should be able to achieve positive adjusted earnings before interest, taxes, depreciation, and amortization (EBITDA) with revenue between $35 million and $45 million thanks to its cost restructuring.

Expect significant volatility for all marijuana stocks while the COVID-19 pandemic continues. Volatility levels will likely be especially high for shares of companies like KushCo that continue to post losses.