The plaintiffs point out that their peers in other states have been allowed to operate.

The battle over Massachusetts' recreational marijuana dispensary closures has escalated. On Wednesday, five dispensary operators and one cannabis advocate collectively sued Governor Charlie Baker over the state's insistence on temporarily closing all such stores during the SARS-CoV-2 coronavirus pandemic.

In a 75-page complaint, the plaintiffs asserted that the shutdown risks causing "irreparable" harm not only to their business, but also to the welfare of their customers. They're seeking injunctive relief that would allow them to operate during the outbreak.

The complaint cites a host of examples of other states, such as California, that have permitted the licensed recreational marijuana trade to continue, at least to a limited extent. 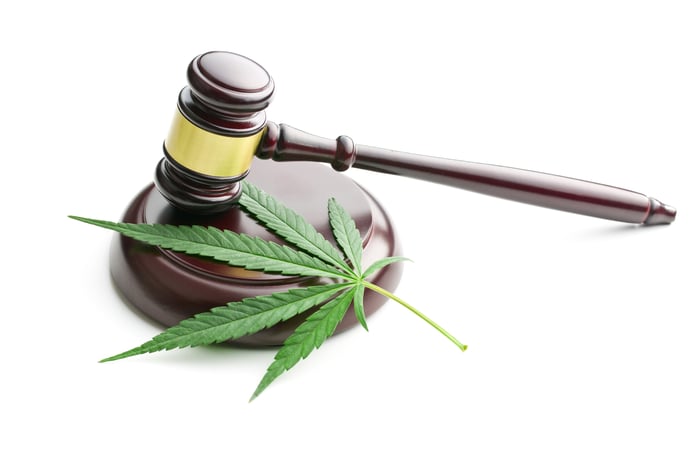 Baker has continued to be adamant in his opposition to reopening.

On Wednesday in a press conference, he reiterated his main argument against their operating during the coronavirus outbreak, saying: "Significant numbers of the customers who procure cannabis at recreational marijuana dispensaries in Massachusetts are not from Massachusetts. Making those sites available to anybody from the northeast would cut completely against the entire strategy we're trying to pursue."

Baker issued a stay-in-place order last month in which all businesses deemed "non-essential" were ordered to be temporarily shut. Recreational marijuana was included in this category. Medical marijuana has been deemed essential, and qualified patients can still obtain product during the outbreak.

Massachusetts' recreational segment is relatively new and small compared to those of other states. One homegrown marijuana company that's active in the local scene is Curaleaf (CURLF -2.20%). Although it's not a party to the complaint, Curaleaf operates two dispensaries in Massachusetts that sell recreational products and accessories.

Curaleaf's shares inched up by 1.5% on Thursday, more or less in line with the broader stock market.