With a sale off the table, Oppenheimer lowers its outlook for XPO.

On a generally green day for stocks as a whole, with the S&P 500 rising about 1.5% at the market close, shares of XPO Logistics (XPO -2.81%) ended Thursday with a definite reddish tinge, down 3.3%. At one point today, XPO shares were down as much as 6%. 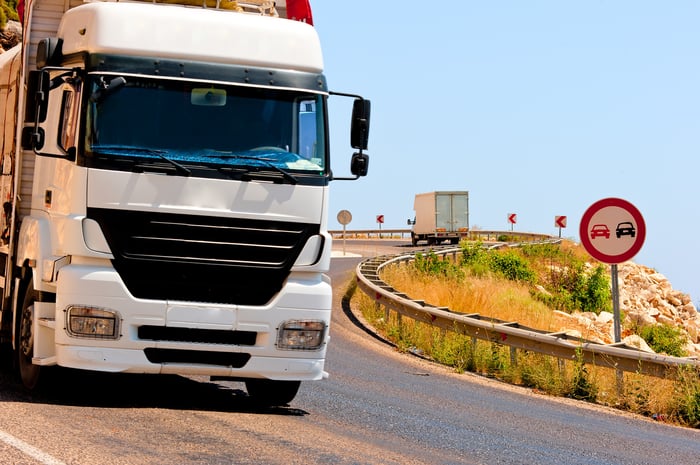 Early Thursday, Oppenheimer reduced its price target for XPO, cutting the stock from $106 to $85 despite retaining an outperform rating. Oppenheimer explained its move by noting that XPO stock has performed better than other shipping stocks in recent months, mainly because management was known to be pursuing strategic alternatives for the company, which is generally viewed as Wall Street code for "We're going to sell the company at a premium."

In late March, however, XPO terminated its review of alternatives "in light of current market conditions." Which in turn was probably code for "Stock prices are beaten down, so now's not a good time to sell."

Whatever XPO's reasons, with the catalyst of a potential sale of the company no longer on the table, Oppenheimer has now concluded that XPO is worth a bit less than it used to be.

That being said, even the analyst's new and lower price target of $85 appears to imply more than 37% upside in the stock. With XPO shares currently costing less than 16 times trailing earnings, and with most analysts in agreement that the company will grow its earnings at about 23% annually over the next five years, I have to say I agree with the analyst on this one. Judging from the P/E, at least, this stock looks cheap enough to buy.