You can get more than you paid for on a canceled cruise in the form of future credit, but five out of every nine displaced passengers are still taking the cash refund.

Cruise ships haven't been sailing since mid-March, and that means a lot of refunds for Carnival (CCL -1.04%) (CUK -1.25%), Royal Caribbean (RCL -0.07%), and Norwegian Cruise Line Holdings (NCLH 0.07%) to dish out. With vessels unlikely to be heading out anytime soon -- the Centers for Disease Control issued a no-sail order this week that could keep boats docked for at least another 100 days if the situation doesn't improve dramatically in the coming months -- a lot more bookings will get canceled.

The highly leveraged cruise lines are concerned about cutting too many checks in these times. They've resorted to giving customers sweetheart deals where they receive a lot more than they paid in credit for a future cruise, or gobs of of on-board credit. Royal Caribbean and NCL, for example, are offering 125% in credit on new bookings for displaced passengers who aren't requesting a cash refund. Carnival's incentive for holding the proceeds on paid bookings is between $300 and $600 in on-board credit on future sailings.

Some smaller cruise lines are offering a combination of both, but it apparently isn't enough for a little more than half of Carnival's cruise-less passengers. Carnival revealed in last week's SEC filing detailing its latest quarterly results that 45% of the guests contacting Carnival about the canceled sailings are taking up the cruise line for the sweetened future cruise credits. However, that also means that 55% of the displaced customers -- roughly five out of every nine -- are taking the money. 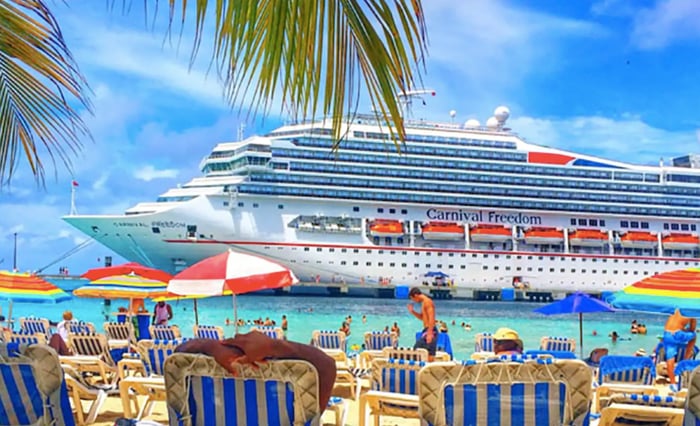 The cruise lines know the next few months will be painful, and they've raised billions of dollars to help them through this dry patch. But the money raised has come at a heavy cost in terms of double-digit interest rates or dilutive stock. Cash is going to be a precious resource in this industry ahead of the potential consolidation or the financial collapse of weaker players.

Pushing out today's bookings isn't ideal. It will eat into the cash that could have been generated from the rebooked cabins. But with the industry in preservation mode, it will take any lifeboat it can get on if it means fewer refunds right now.

On the other hand, Carnival's metric of settling 45% of its refund requests with enhanced future credit ran through just the first half of March. The headlines have gotten scarier since then, particularly when it comes to boats where passengers and crews have been detained after getting sick. Going for the future credit is a bet on your appetite that cruising will remain the same, and that's not a sure bet as the horror stories and lawsuits begin to pile up as the year plays out.

You're also betting that the economy will hold up to the point where you won't miss the money you've banked on a future cruise. There are just so many variables that go into considering whether you want to keep a cruise line vacation on retainer for the next year or two. It's a hazy decision to make even if we had a firm date on when folks will be taking cruise vacations again.

There's no denying that the cruise line industry will go down as one of the bigger financial casualties of the COVID-19 crisis. Having 55% of cruise ship fans go for refunds instead of bonus money on future sailings may seem high, but it won't be a surprise to see that figure higher the next time Carnival updates that metric.