Please ensure Javascript is enabled for purposes of website accessibility
Log In Help Join The Motley Fool
Free Article Join Over 1 Million Premium Members And Get More In-Depth Stock Guidance and Research
By Cory Renauer - Apr 12, 2020 at 10:55AM

Is this cannabis REIT's recently depressed price a bargain opportunity?

Innovative Industrial Properties (IIPR 1.16%) has delivered market-thumping gains to its long-term investors, but over the past several weeks the coronavirus pandemic and a scathing short-seller report have dragged the stock down to a very tempting price point.

At the moment, shares of the real estate investment trust (REIT) offer a compelling yield. Let's see if they're worth the risk right now. 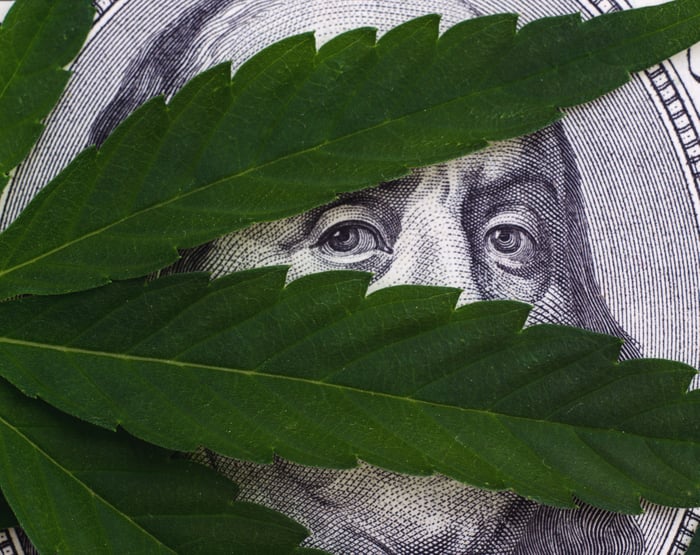 Generally, businesses that manufacture or sell marijuana have a hard time borrowing money in the U.S. and that's where IIP comes in. Since there isn't a federal law against collecting rent from cannabis-related businesses, licensed operators are lining up to borrow money from the REIT to acquire and retrofit new facilities or borrow against facilities they already own.

In 2019 alone, IIP acquired 35 medical marijuana facilities and entered into long-term leases with at least 12 new licensed operators spread across several states including California, Florida, and Michigan. So far this year, the REIT has already acquired four more properties and before the COVID-19 pandemic made real estate shopping much trickier than usual.

Many REITs that have cash flows that rise and fall along with the success of businesses that operate in their buildings, but IIP takes a hands-off approach. With rent increases build into long-term contracts, IIP can expect steadily growing cash flows as long as its existing tenants pay the rent. Nearly all of IIP properties are occupied under triple-net leases that pass all the variable costs of building ownership off to tenants.

IIP made its stock market debut in late 2017 and by the end of 2019, the REIT owned 46 properties leased to state-licensed cannabis operators in 14 different states with an average of 15.3 years remaining on triple-net leases. The company's recording strong cash flows that are growing as fast as its real estate empire and rent increases built into its triple-net lease agreements.

Innovative Industrial Properties (IIP) has raised its dividend 300% over the past two years. At around $75 the shares offer a 5.3% yield, and this already huge payout could continue rocketing higher if the REIT's business keeps booming.

Lending at rates higher than your cost of capital is a great way to earn steady profits, but not if your tenants start missing payments a few years after signing a long-term lease. Unfortunately, it looks like IIP conducts less due diligence than a used car dealership.

For example, last June, IIP spent $6.9 million to acquire a 45,000 sq ft industrial building from Emerald Growth Partners and handed the Michigan operator $3.1 million to retrofit the building for cannabis production. There's nothing necessarily wrong with this kind of sale-leaseback transaction unless IIP overpaid for the underlying asset. Most asking prices for similar industrial properties in the Detroit-metro area list at less than $6 million. 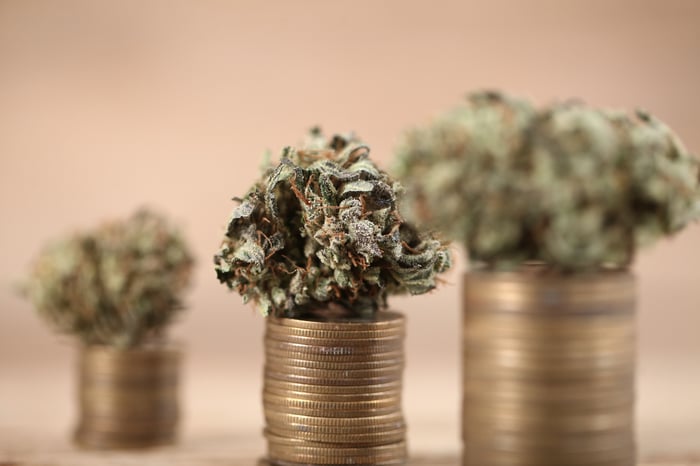 In April 2019, Michigan approved 12 retail locations for Detroit-based Emerald Growth Partners. It's hard to know what's happening behind closed doors, but the Emerald Growth probably hasn't been selling anything produced at the facility IIP has $10.0 million invested into. None of Emerald Growth's retail locations have opened, and there's no indication they'll be ready to start in the near term.

If Emerald Growth defaults, IIP will have to record a huge loss that could make it hard to raise its quarterly dividend payout past $1.00, its present level. During the last three months of 2019, adjusted funds from operations (FFO) reached $1.18 which doesn't leave a lot of room for error.

A tenant in Los Angeles defaulted in its obligation to pay rent during the first two months of 2020, if any more of IIP's tenants aren't making ends meet, IIP could end up slashing its dividend to a fraction of its present level.

There's a lot to like about the rapidly increasing cash flows that IIP's delivered to date. That said, it's probably a good idea to wait for a much lower entry point than $75 before adding this stock to any portfolio. Despite IIP's recent stock market pounding, buying the stock anywhere near its recent price isn't worth the risk.