The pandemic brings near-term uncertainty, but it also casts doubt on the company's ability to complete a crucial project over the next several quarters.

Satellite TV provider DISH Network (DISH -0.98%) is reducing staff and "re-evaluating its business" as it deals with the effects of the coronavirus pandemic on its operations, according to Reuters.

In an internal memo to employees disclosed to Reuters on Sunday, CEO Erik Carlson said, "The pandemic has forced us to take a closer look at every aspect of our business, at our work volumes, our areas of focus and investments, and the performance of our team members." DISH did not specify the number of employees it's cut from its payroll so. 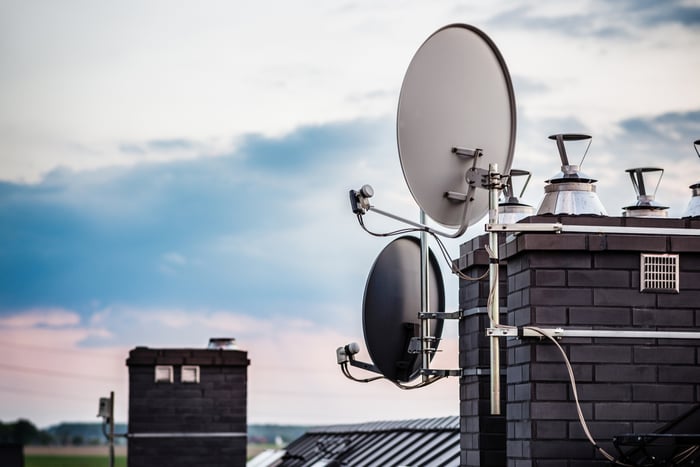 The layoffs come as DISH engages in several initiatives to transform its business, which is under threat as satellite customers ditch their subscriptions in favor of streaming content offered by competitors. As a beneficial regulatory consequence of T-Mobile's merger with Sprint, DISH is purchasing Sprint's Boost Mobile prepaid network for $1.4 billion.

DISH also now has regulatory clearance to build out a 5G network. However, the network must be completed by 2023, and cover 70% of the U.S. population, or DISH will face approximately $2 billion in government fines.

To cover the anticipated infrastructure costs, DISH needs to raise approximately $10 billion in debt-based capital. The COVID-19 pandemic is likely to delay initial funding from banks for the massive project, raising the possibility that DISH might not meet its tight, mandated completion deadline of just three years. Today's news of layoffs further clouds an already murky picture for a company that has struggled in the face of shifting consumer content preferences.