Please ensure Javascript is enabled for purposes of website accessibility
Log In Help Join The Motley Fool
Free Article Join Over 1 Million Premium Members And Get More In-Depth Stock Guidance and Research
By John Ballard – Apr 13, 2020 at 9:53AM

The COVID-19 outbreak has caused bottlenecks on Nintendo's (NTDOY 0.25%) supply chains, making it impossible to find a Nintendo Switch available for sale anywhere, unless you're willing to pay above retail price on the secondary market.

Nintendo has seen high demand ever since the release of Animal Crossing: New Horizons in March. Nintendo acknowledged the supply shortage in a statement released to GameSpot last week and assured customers that "more systems are on the way." 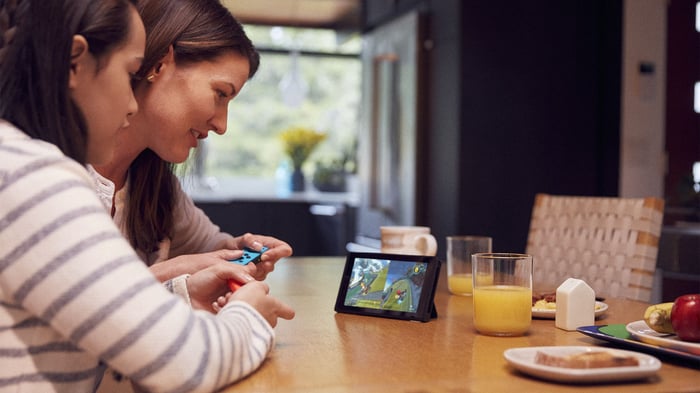 Struggling to meet demand is a good problem

Animal Crossing: New Horizons could be the industry's top-selling game when the official March sales numbers are released. In Japan, the game had the most successful launch of any previous Switch game within three days of launch.

To alleviate supply issues, Nintendo posted on Twitter that it has temporarily paused shipments to Japan for the Switch and Switch Lite. Other than to fulfill reservations, Nintendo will not ship new systems to Japan this week.

A lawsuit from Gamevice may also prevent Nintendo from supplying more Switch consoles for the U.S. market. Gamevice makes controllers for mobile devices with a similar split design to the controllers used for the Switch. Gamevice claims Nintendo has infringed on its patents and wants Switch sales halted in the U.S.

This isn't the first time Gamevice has filed a claim against Nintendo for violation of its patents. Nintendo won the previous battle, but this lawsuit could temporarily make it more difficult for this growth stock to meet demand in the short term.