The alleged debut of the lower priced device has just become a reality.

On Wednesday, Apple (AAPL -4.96%) announced in a press release the debut of the long-rumored new iPhone SE. The device will come in three colors -- black, white, and red -- and will be available for pre-order on Friday, April 17 starting at $399 and at via select retailers on Friday, April 24.

The SE will come in 64GB, 128 GB, and 256 GB models and is equipped with the A13 Bionic, "the fastest chip in a smartphone," which was first introduced in the iPhone 11 and iPhone 11 Pro. This, along with an 8-core neural engine, two machine learning accelerators, and a controller tied to the CPU can deliver 5 trillion operations per second. 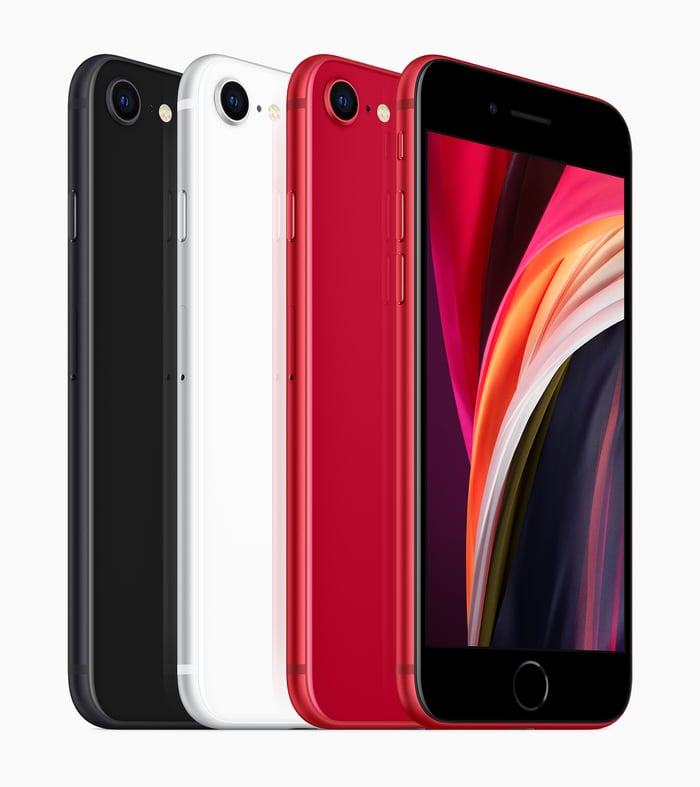 The device features an aerospace-grade aluminum and durable glass design and a 4.7-inch retina HD display, which adjusts automatically to match the ambient light. The iPhone SE will also include haptic touch, which sends a small vibration to the user as feedback. The device will also include the familiar Home button and enable the users fingerprint to unlock the iPhone.

The iPhone SE features the "best single-camera system ever in an iPhone" including a 12-megapixel f/1.8 aperture wide camera, and uses the image signal processor and neural engine of A13 bionic chip. The machine learning-enabled onboard chip and monocular depth estimation gives the device a greater picture-taking capabilities including a portrait mode, six portrait lighting effects, and depth sensing. It also contains smart HDR, which helps adjust the lighting of recognized objects to improve picture quality.

The first iPhone SE was released alongside the iPhone 6S and 6S Plus in early 2016, and the lower-priced device is seen as critically important for Apple's future growth in emerging markets.