The clinical trial's sponsors say that COVID-19 has been so well controlled in Hubei province that they couldn't enroll enough patients.

Researchers in China have ended a clinical trial testing Gilead Sciences' (GILD -2.19%)drug remdesivir as a possible COVID-19 treatment. According to the U.S. government's clinical trial's database, recruitment into a study sponsored by a university in Wuhan has been suspended due to the lack of adult patients with mild to moderate cases of COVID-19.

China has done such a great job of controlling its coronavirus outbreak that it just isn't possible to find enough COVID-19 positive patients there to complete the clinical trial, which had been expected to be completed on April 10. 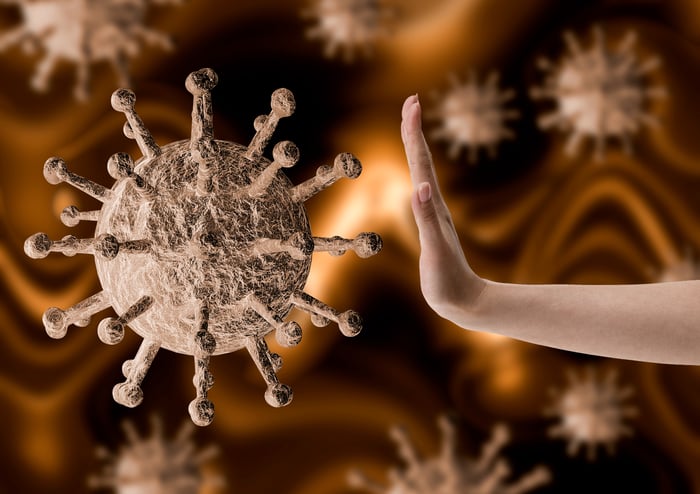 On Feb. 12, investigators in China began enrolling patients in the Hubei province into the study, with the goal of enrolling 308 coronavirus-positive adults. Investigators randomly placed patients into groups that received remdesivir or a placebo, but apparently, they weren't able to find enough eligible patients before the total lockdown brought the outbreak under control.

Remdesivir is an experimental antiviral drug that Gilead developed as a treatment for Ebola, but it produced underwhelming results against that virus during a large study conducted in the Democratic Republic of the Congo. Gilead Sciences had already begun steering remdesivir's development toward different coronaviruses when SARS-CoV-2 emerged late last year, but as yet, no clinical studies have produced clear evidence that it is an effective treatment for COVID-19.

Previously, researchers in Beijing terminated a similar trial expected to enroll 237 severely affected adults and complete on March 30. A lack of available COVID-19 patients was the reason given for the suspension of that trial as well.

Gilead Sciences is running a pair of controlled trials with remdesivir and different groups of COVID-19 positive patients. Those studies should finish dosing patients in May, although Gilead has promised to release some interim data by the end of April.