Please ensure Javascript is enabled for purposes of website accessibility
Log In Help Join The Motley Fool
Free Article Join Over 1 Million Premium Members And Get More In-Depth Stock Guidance and Research
By Rhian Hunt – Apr 16, 2020 at 7:37AM

Carnival has plenty of liquidity on hand but is still looking for more.

Carnival Corporation (CCL 6.62%) CEO Arnold Donald told CNBC during an interview this week that the embattled cruise company now has enough liquidity to survive and meet its obligations even in a "worst-case" scenario in which it earns zero revenue for the rest of 2020.

Cruises have been halted since the middle of March amid the COVID-19 pandemic, but Carnival is currently aiming to resume sailing on June 27.

Other cruise lines, such as Royal Caribbean (RCL 3.56%), are also subject to the CDC's March 14 order, which declared cruise ships should not sail until the Department of Health and Human Services no longer declares COVID-19 a public health emergency, the CDC releases new orders, or 100 days have passed since the publication of the initial "no-sail" order. 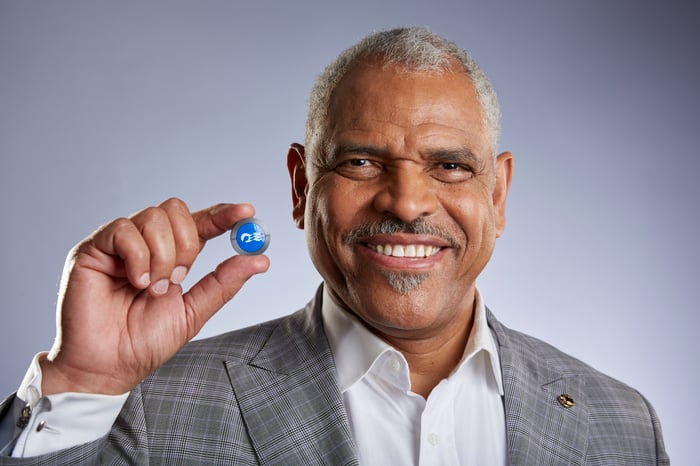 Donald's statement is based on the fact that Carnival drew down approximately $3 billion in revolving credit. It further augmented its liquidity with an enthusiastically received bond offering and a secondary stock offering. With these moves, the company gained another $6 billion, increasing its war chest to approximately $9 billion.

Donald previously said Carnival needs around $1 billion per month to operate under current conditions, though this could be lowered somewhat by putting the ships in a lessened state of readiness for sailing. Using this figure, the company has just the amount of liquidity needed to operate through year's end operating on this reserve alone, without any cruise bookings.

The CEO added Carnival continues to seek funding, turning to potential credit sources in Europe to batten down its hatches more effectively against the ongoing financial storms raised by the coronavirus.