Three major mall operators dropped by double digits on a pretty calm day for the markets.

Thursday was actually one of the calmer days in the stock market in recent memory. As of 3 p.m. EDT, the Dow Jones Industrial Average was down by 0.3% and the S&P 500 had risen by 0.2%. There were no exciting moves in the market as a whole.

Real estate investment trusts, or REITs, that own and operate shopping malls are another matter. Giant mall REIT Simon Property Group (SPG 1.56%) was down by 13.5%, fellow mall operator Macerich (MAC 3.60%) was lower by nearly 16%, and shopping center REIT Kimco Realty (KIM 2.19%) had dropped by just under 13%. 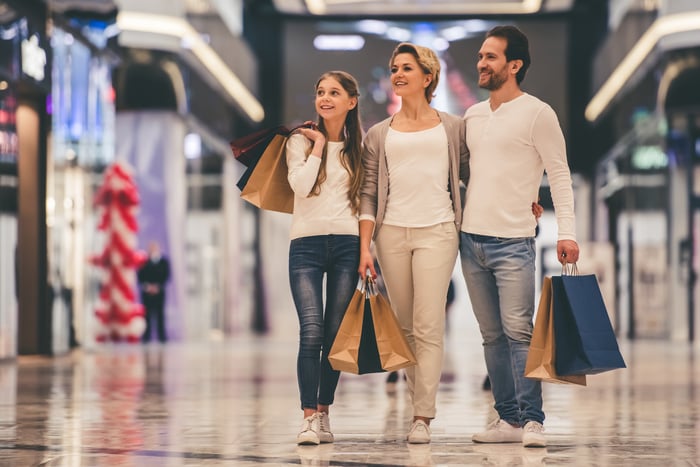 There doesn't seem to be any company-specific news fueling today's moves. Retailer J.C. Penney (JCPN.Q) is inching closer to a bankruptcy after missing a debt payment, but that isn't exactly an unexpected development.

Instead, the moves are likely caused by the fact that properties in several key markets aren't going to be reopening as soon as investors might have hoped. Most notably, in a midday press conference, New York Governor Andrew Cuomo announced that the shutdown of non-essential businesses in New York and several nearby states would be extended until May 15 (from April 30). That's at least two weeks longer that malls and most other retail properties will remain shuttered.

Furthermore, we got another dose of terrible economic data today. Housing starts plunged by 22% in March, despite the first couple weeks of the month being relatively normal for the construction industry. Plus, another 5.2 million unemployment claims were filed, bringing the total to over 22 million for the pandemic.

The bottom line is that today's news adds to investors' uncertainty about when the economy can reopen and how long the recession might last. While nobody can answer that question at this point, I'm expecting roller-coaster moves in these stocks to be regular occurrences until we get more clarity on when things might start to return to normal.