Rebounding occupancy in China provides a note of hope, however.

Like other industries related to travel, hotels and resorts have taken a major blow from coronavirus-related travel restrictions and quarantines -- a fact underlined this morning by data released by Hilton Worldwide Holdings (HLT 2.04%) in an SEC filing. The company shows its revenue per available room (RevPAR) plunged as much as 76% year over year in some regions, pushing three-month revenue deep into negative territory.

According to Hilton Worldwide's Current Report, the hardest-hit region was Asia-Pacific. With the coronavirus pandemic already under way in China at the start of the year -- and probably earlier, as U.S. intelligence reports in November 2019 apparently indicated a potentially "cataclysmic" contagion loose in and near Wuhan  -- Asia-Pacific room revenue had already fallen 6% in January 2020 compared to January 2019. By March, the region's RevPAR figure plummeted by 74% to 76%. 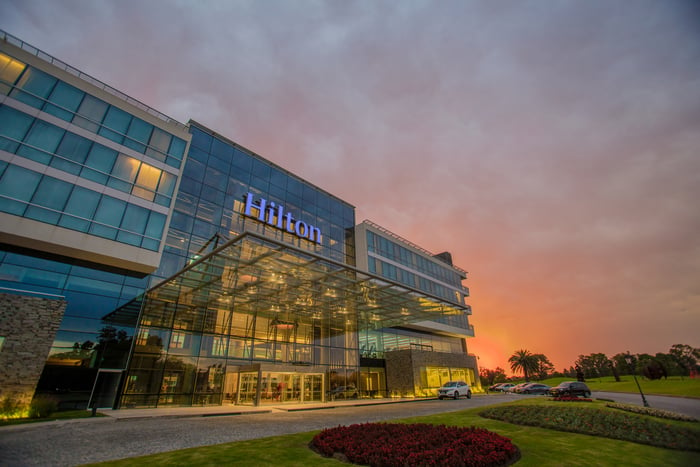 The Americas and the Europe, Middle East, and Africa (EMEA) regions showed single-digit room revenue growth in the year's first month. By March, however, COVID-19 slammed these areas as well, with room revenue nosediving 54% to 64%. Overall, systemwide RevPAR dropped 22% to 24% during the year's first calendar quarter, with Asia-Pacific quarterly declines almost double that percentage (up to 45%).

However, Hilton Worldwide's filing also conveyed a hint of guarded optimism. It has reopened 130 of its approximately 150 previously shuttered Chinese hotels, while occupancy rates at Asia-Pacific locations have risen from 9% in February to 22% as of today, April 16.

The company says its current cash position of approximately $1.8 billion, augmented by a proposed $500 million bond offering of senior notes, can keep it liquid and operational for 18 to 24 months, giving it plenty of time to successfully weather COVID-19.