Darin Harris comes with a notable list of restaurant-industry credentials.

After shedding three executives in short order back in January, fast-food chain Jack in the Box (JACK -0.58%) issued a press release today declaring its board of directors has chosen a new CEO, as well. Darin Harris, a 25-year industry veteran, will take up his new duties on June 15. At the same time, the company will get a new non-executive Chairman of the Board, David Goebel.

Harris got his start as a franchisee operating both Qdoba Mexican Grill (originally a Jack in the Box subsidiary, now a private company) and Papa John's outlets. He also served as the vice president of Captain D's Seafood, a privately held fast-casual restaurant, and as senior vice president of Arby's. 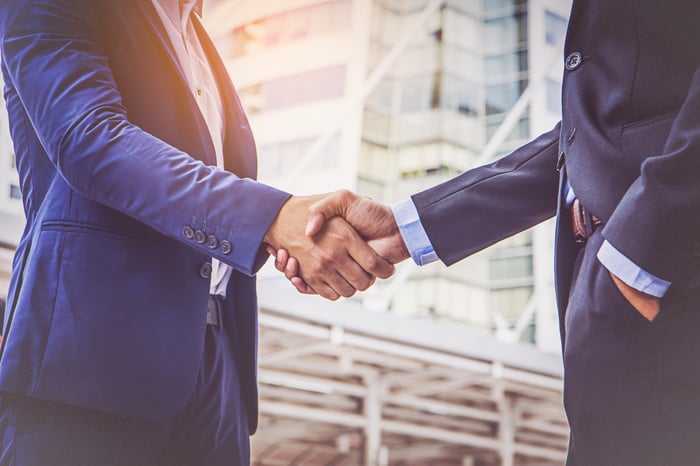 Harris also has two stints as a CEO on his resume, including his current post as CEO of North America, IWG PLC, a multinational business real estate and service company. Before that, he was CEO of CiCi's Enterprises, LP overseeing both a pizza-buffet chain and a restaurant-distribution company. Jack in the Box cites his wide and multifaceted leadership experience as a significant reason for choosing him as CEO.

Harris spoke about this factor, remarking, "Given my extensive background in franchising, brand building, and operations, I have been able to observe the potential of this company, and I look forward to leading the organization toward this potential." He also thanked outgoing CEO Lenny Comma for his 18 years at the company, six of them as chief executive.

Jack in the Box ended today's trading with a major share-value bounce, springing up more than 21% to $52.68.